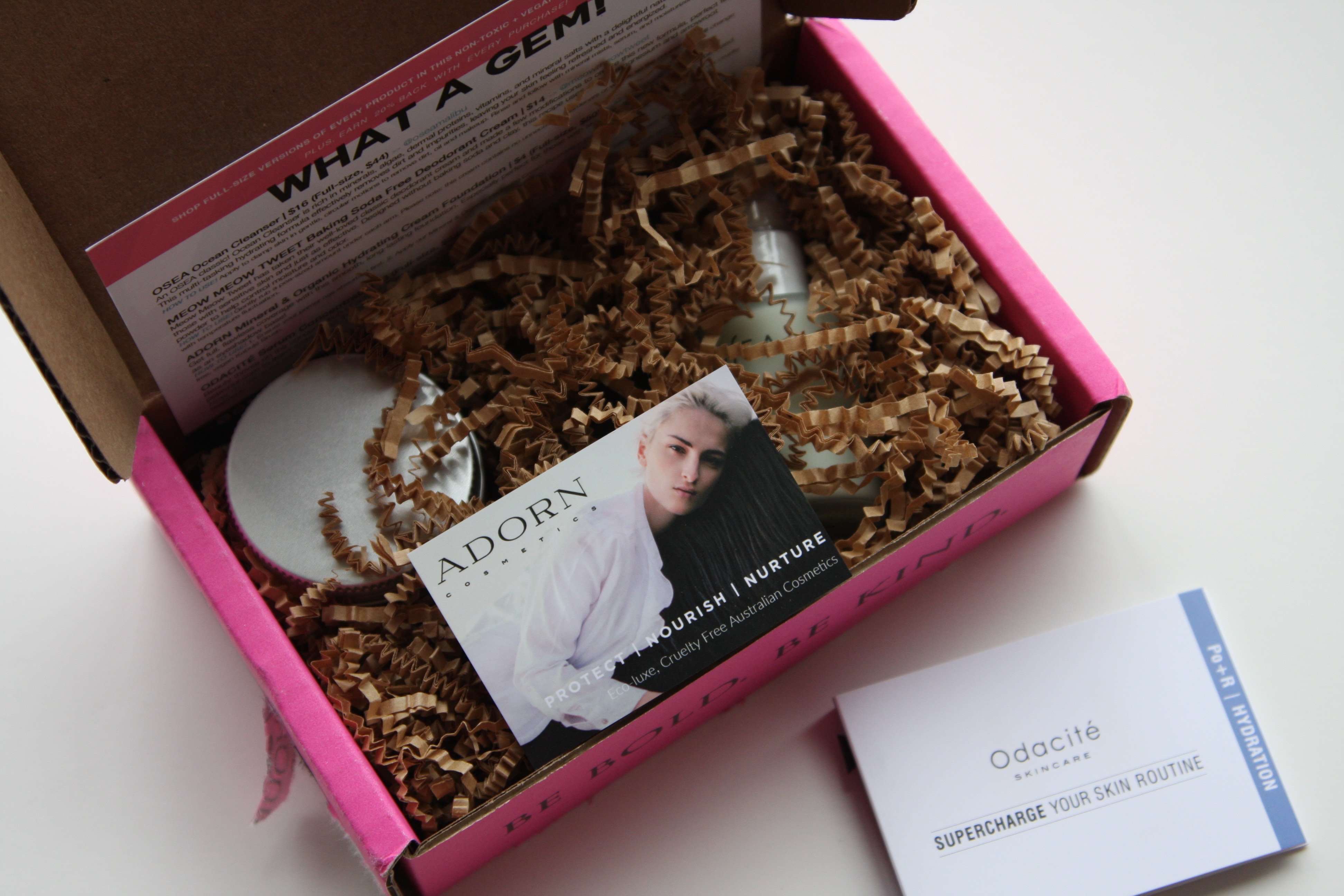 I’m guessing it was all due to the timing of when I signed up and when the box was shipped, but the September Petit Vour subscription box didn’t arrive until we were into October. Nevertheless once again I was impressed with the Petit Vour products in the box. There was a mini make-up sample, a mini serum sample, a large size facial cleanser sample as well as a full size deodorant cream. Quite the impressive assortment of quality items. 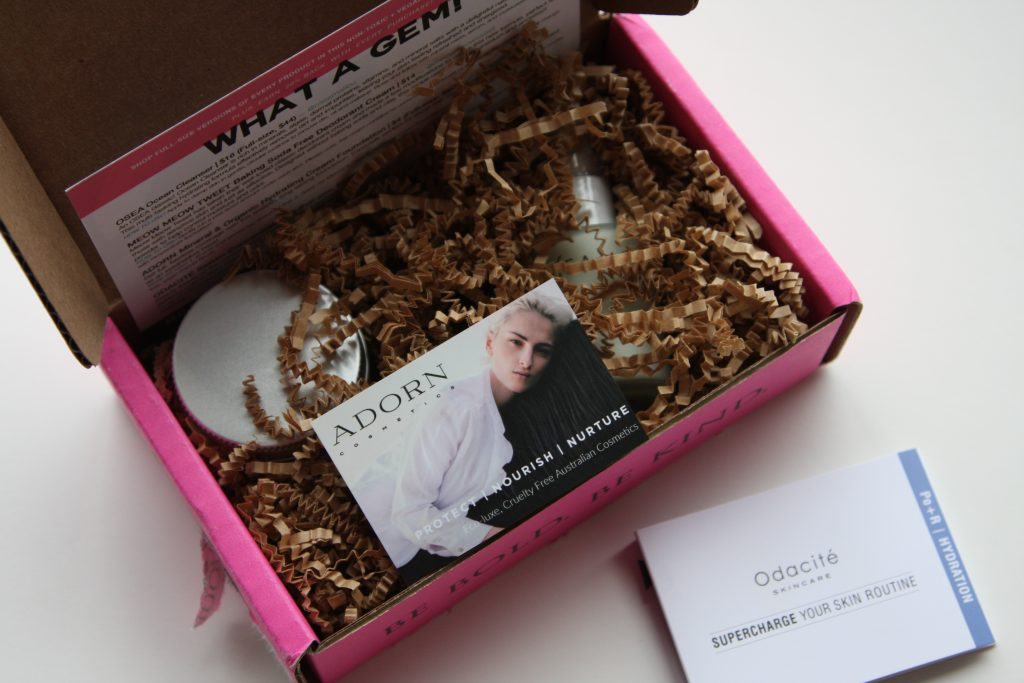 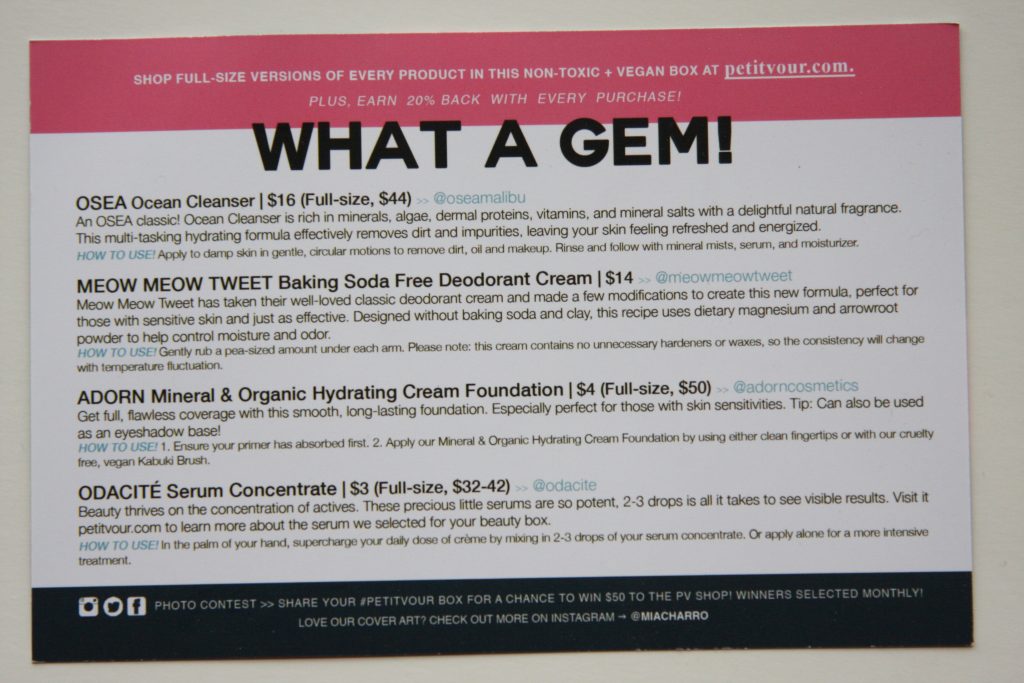 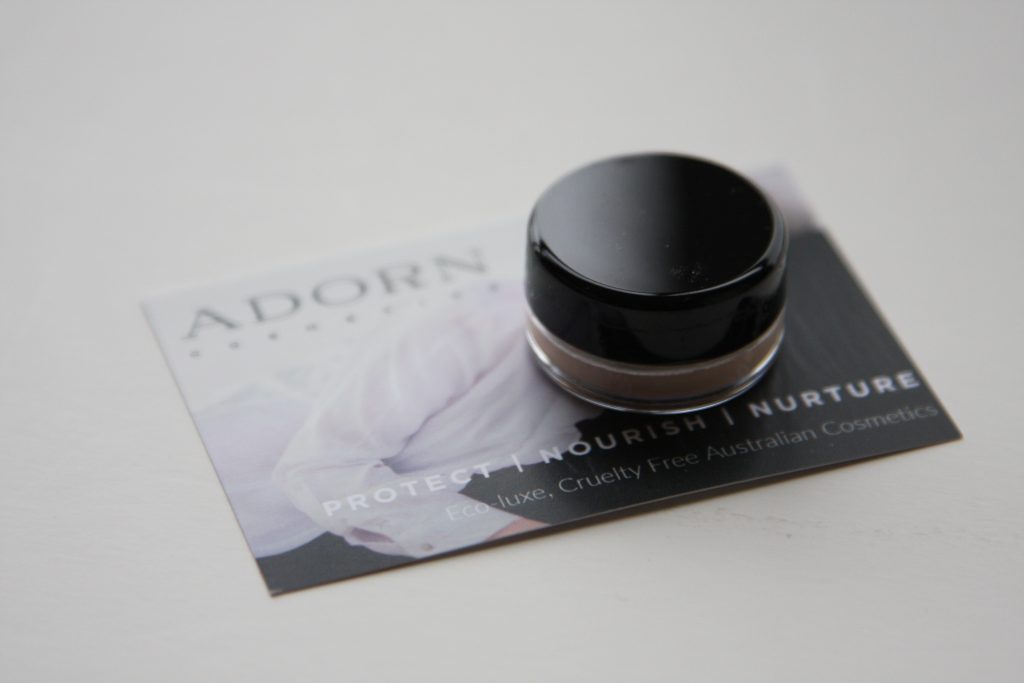 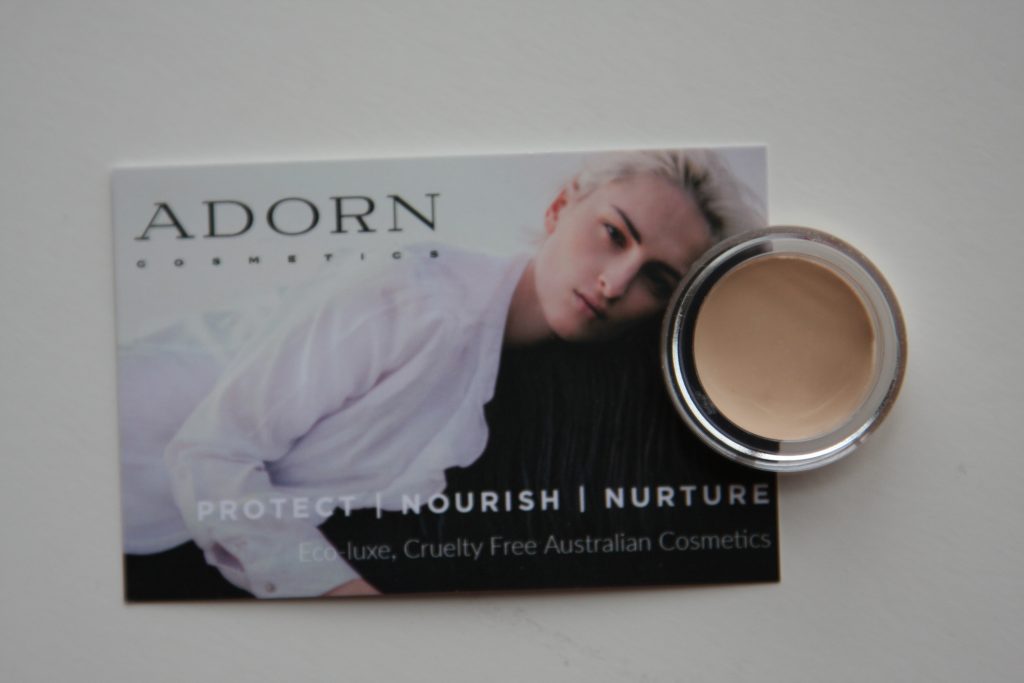 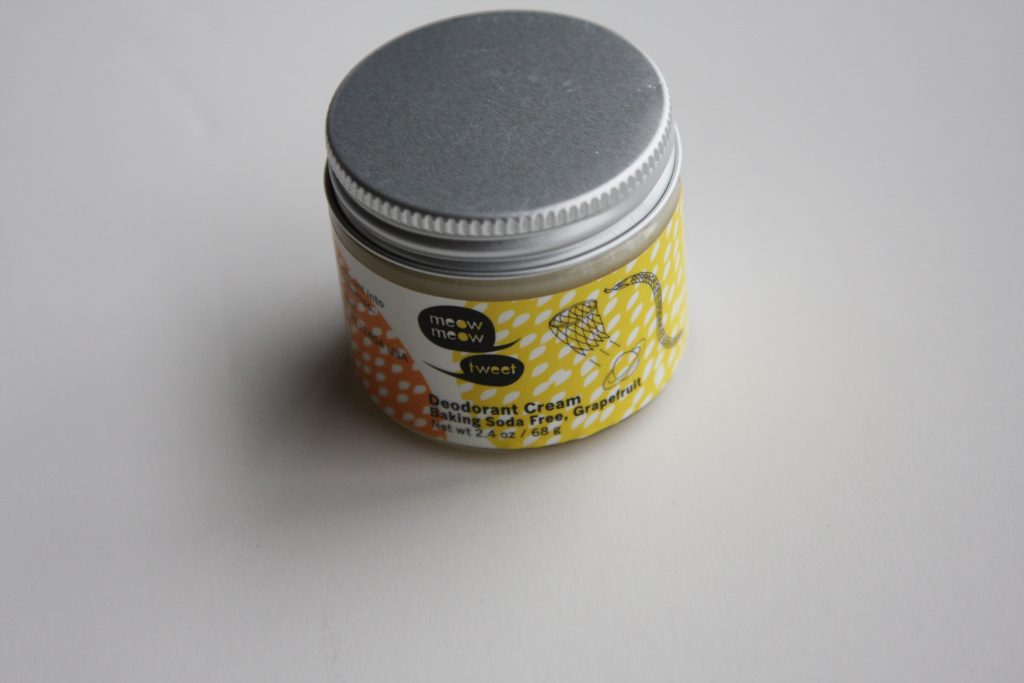 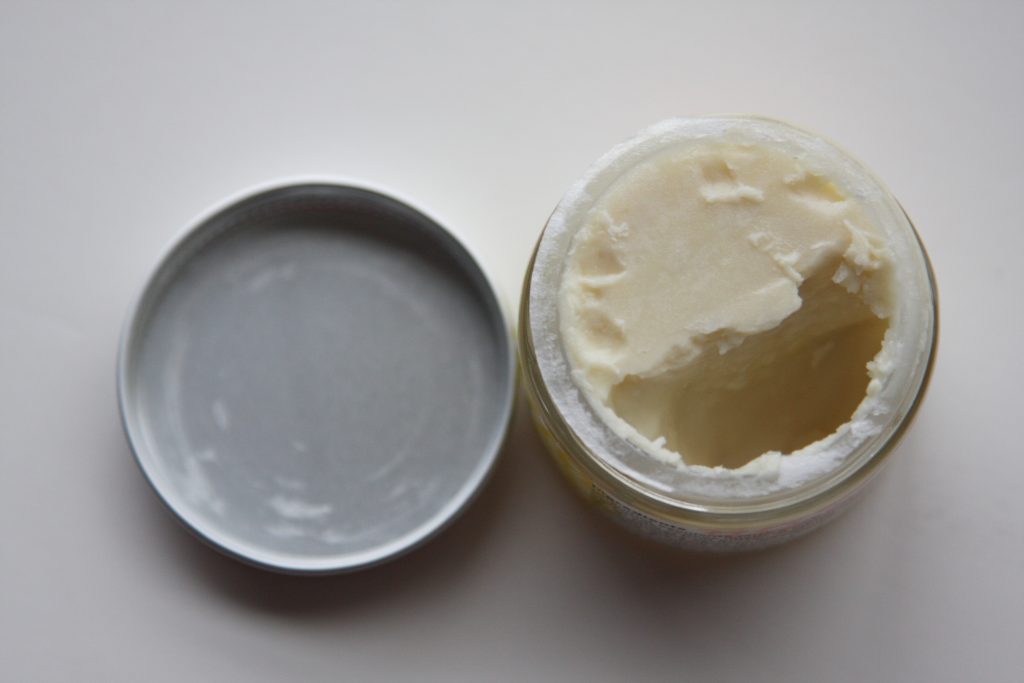 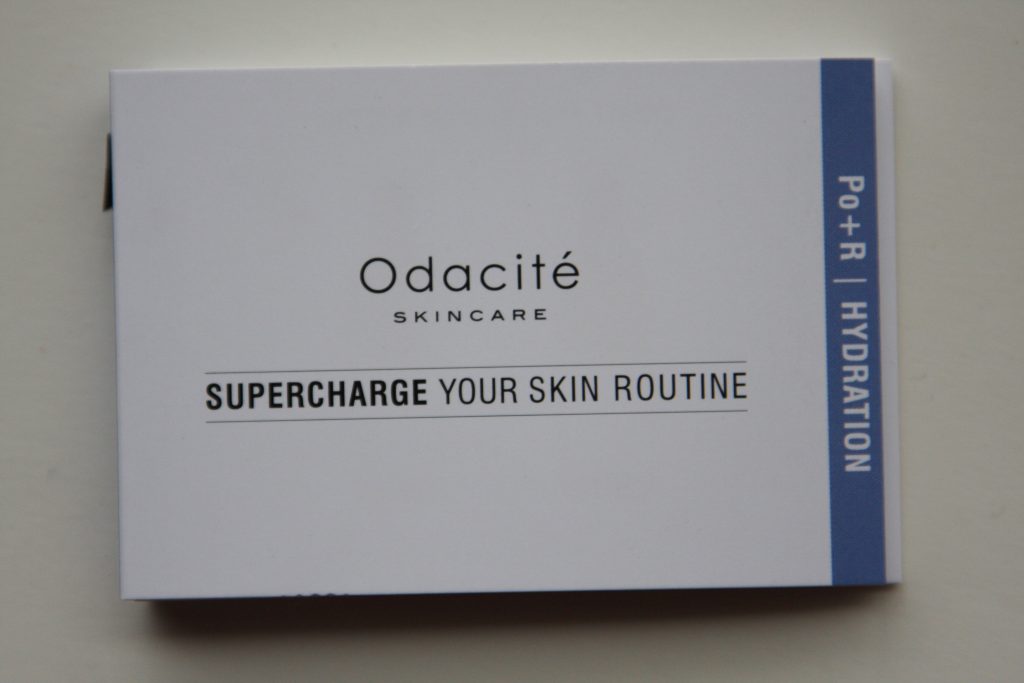 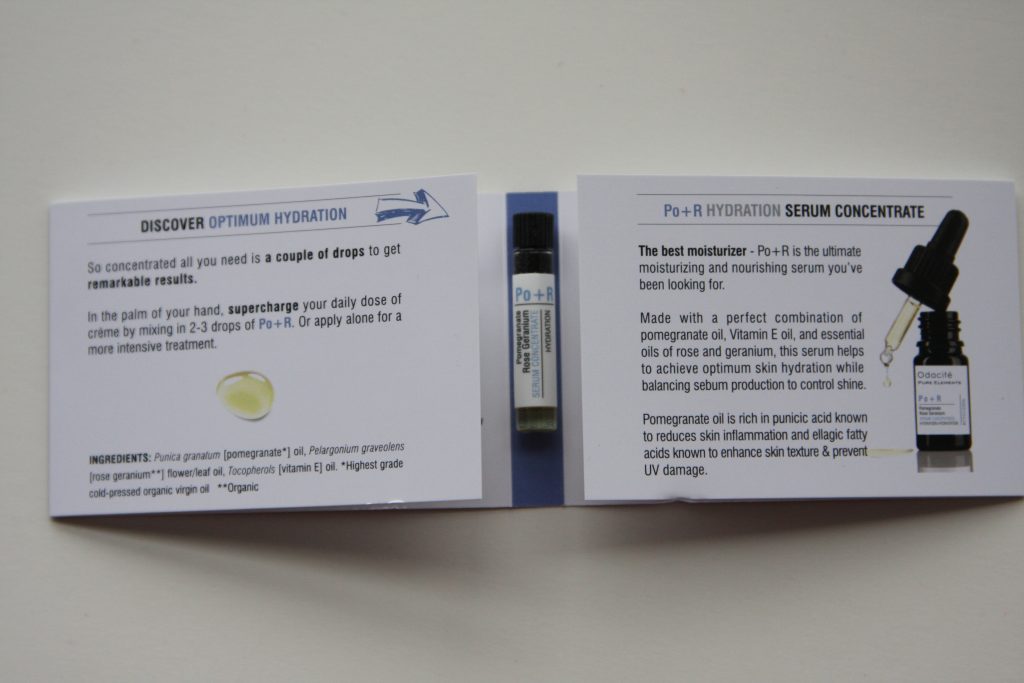 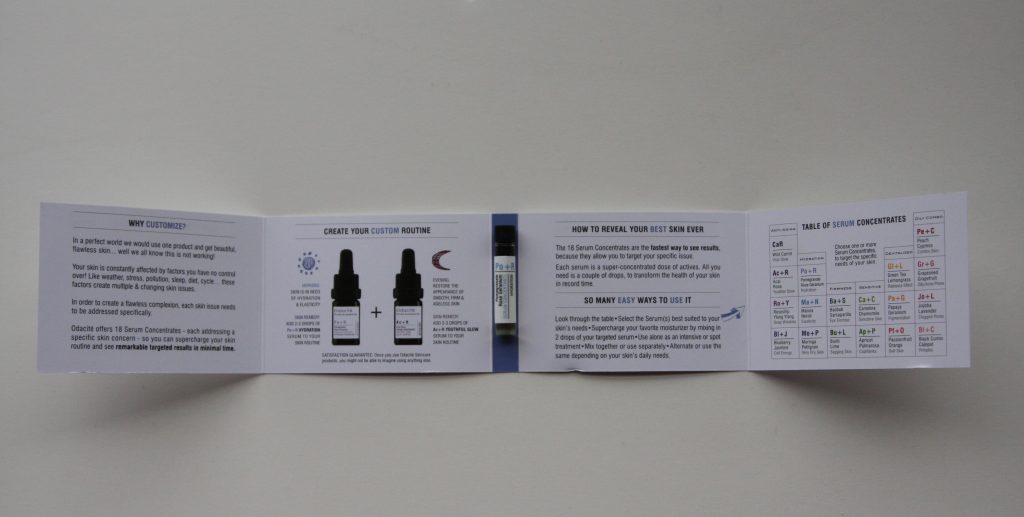 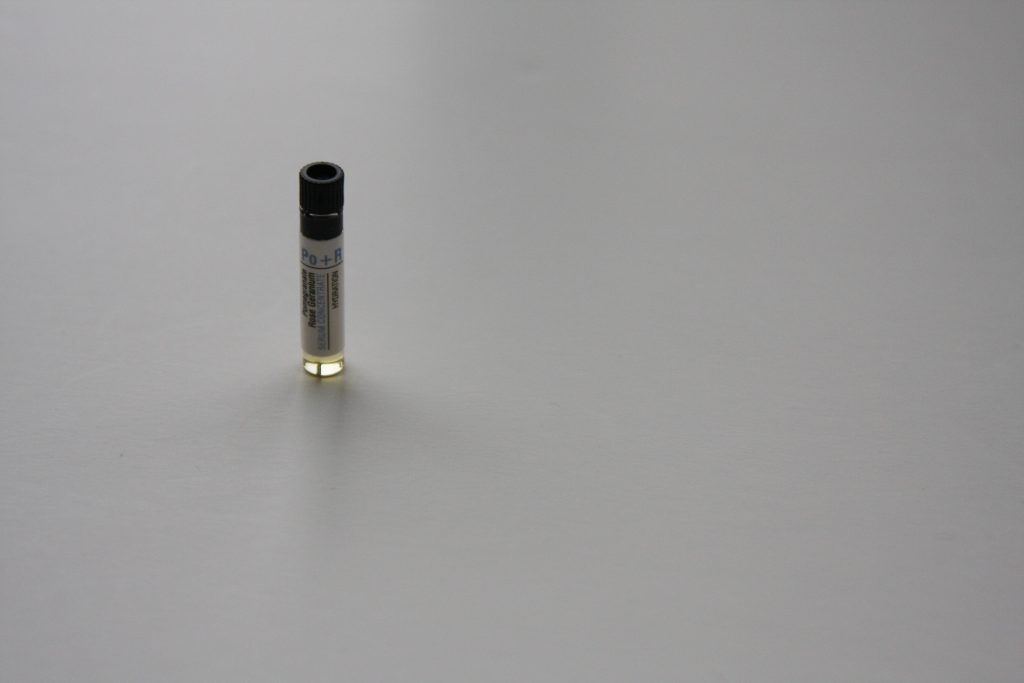 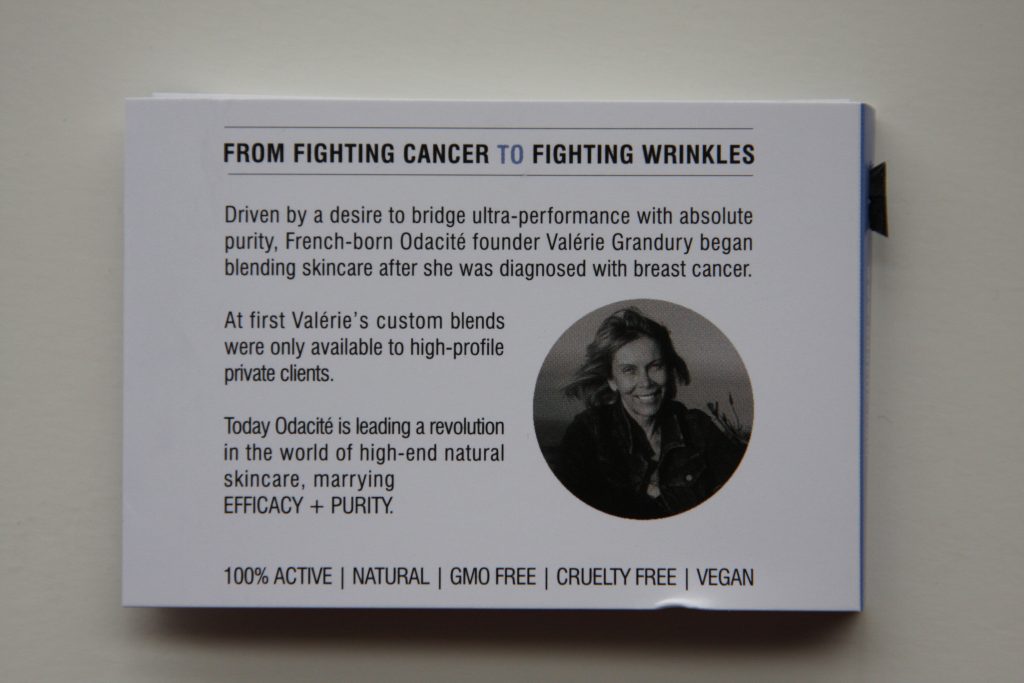 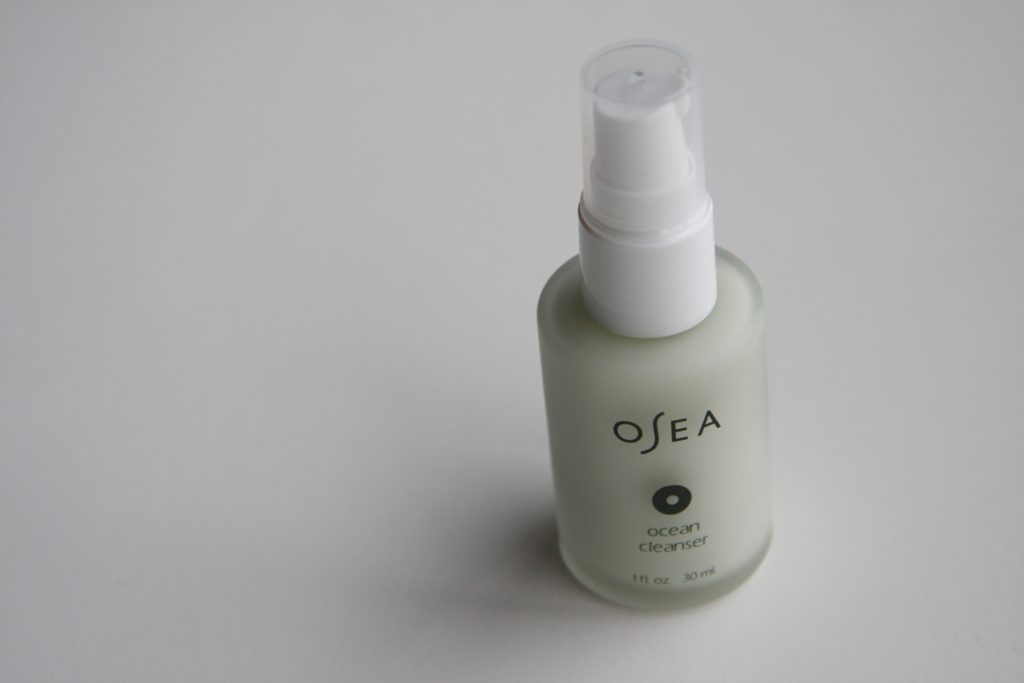 Adorn Mineral & Organic Hydrating Cream Foundation
This foundation was quite thick, it didn’t move at all until I took it out of the container so I was quite optimistic that this hydrating cream was going to be very moisturizing. I was disappointed. Because it was so thick it took more work to blend it in than other foundations, which wasn’t where my disappointment came from. It came from the fact that apparently my skin was drier than I could have even realized because when I applied this hydrating cream it emphasized every single dry spot on my face and made it look flaky. I’m not saying this hydrating cream foundation made my face dry or flaky but it definitely emphasized those things.

Meow Meow Tweet Deoderant Cream – 68g
This was a really nice cream and it has a wonderful fresh citrus fragrance. It was unusual to me to apply a cream with my fingertips under my arm but it felt okay once on. My armpits didn’t stick together or anything but by the end of the day there was starting to be a slight body odour. Plans changed and I didn’t end up showering the next day. Half way through the day I started to smell quite a bit of body odour. The following day my body odour was so powerful that I could smell myself without moving my arms and when I showered I almost couldn’t handle it. It was shocking because before this, I would have told you I barely sweat.

Odacite Po+R Hydration Serum
The instructions said to mix two to three drops of the oil with moisturizer or apply it alone for a more intensive treatment. I applied it first, then applied my moisturizer. The fragrance is a bit different but it really made my face feel lovely and moisturized. I was surprised how much I liked it and now I want to check out their other facial oils, they have quite a few to choose from.

Osea Ocean Cleanser – 30ml
With my face as sensitive as it is, I have one cleanser that works well but it is sometimes hard to find so I’m looking for a backup. I didn’t find it in the Osea Ocean Cleanser. I used it once. While I was applying it my face started to burn, after it was quite dry, and the next morning it broke out. It might be because it is a gel. I once tried the foaming version of my regular facial cleanser and the same thing happened, so I’m guessing it has something to do with what makes it a gel.