Canberra, Australia or CANburra to Australians 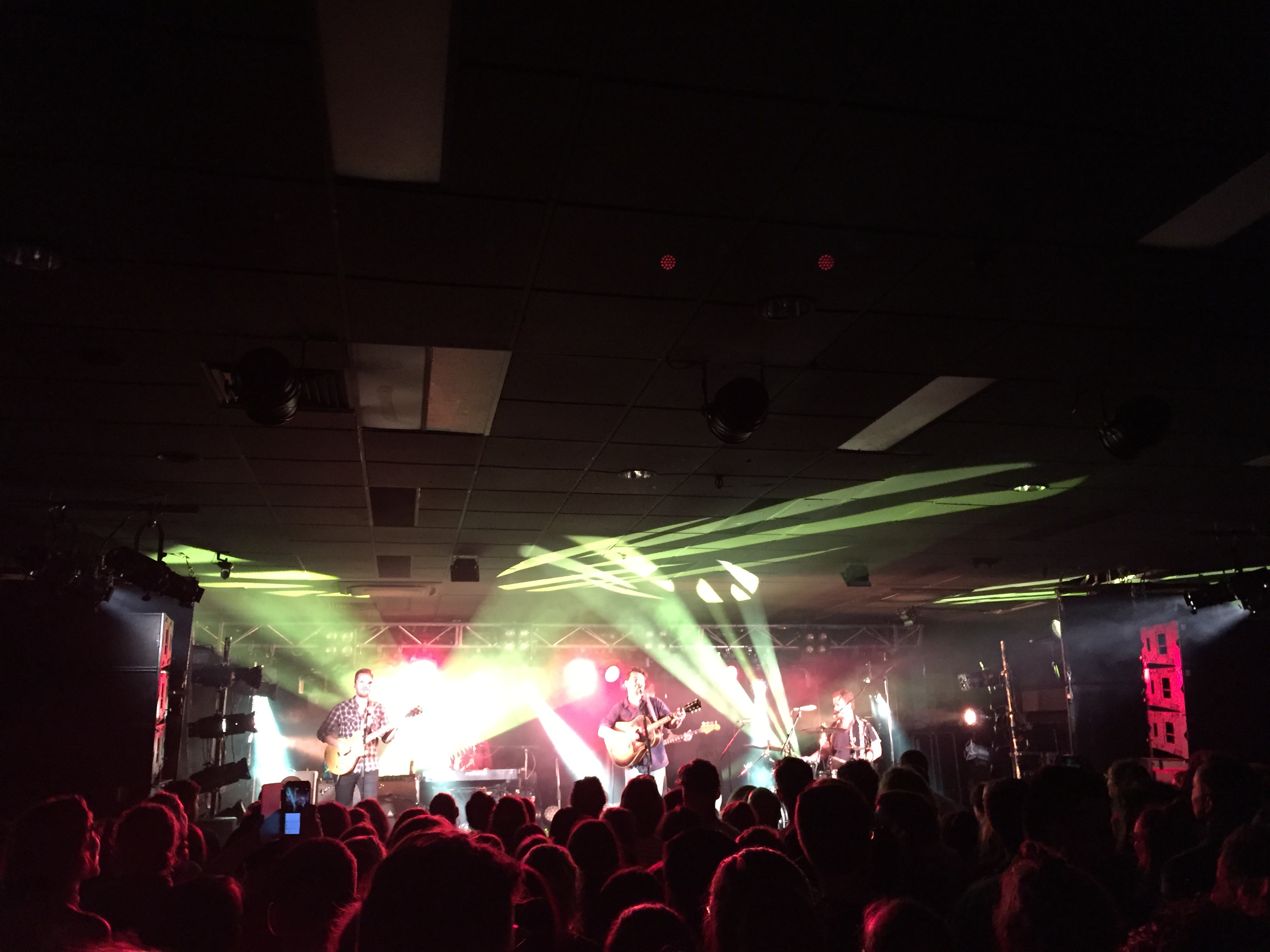 Wow! I wasn’t sure what to expect from Canberra because you don’t hear much about it other than the fact that it is the capital of Australia, but it was an absolute delight. The people were so very friendly and helpful, even if it was because, like I was told, I have an accent.

Canberra is a beautiful, scenic and rather calm, peaceful city. It is very spread out with most of the roads being two lanes with a giant meridian/island of grass and trees separating each side. It makes driving quite lovely & pretty. I especially enjoy the Australian sign for pedestrian crossings; it’s just some random legs, without a body. 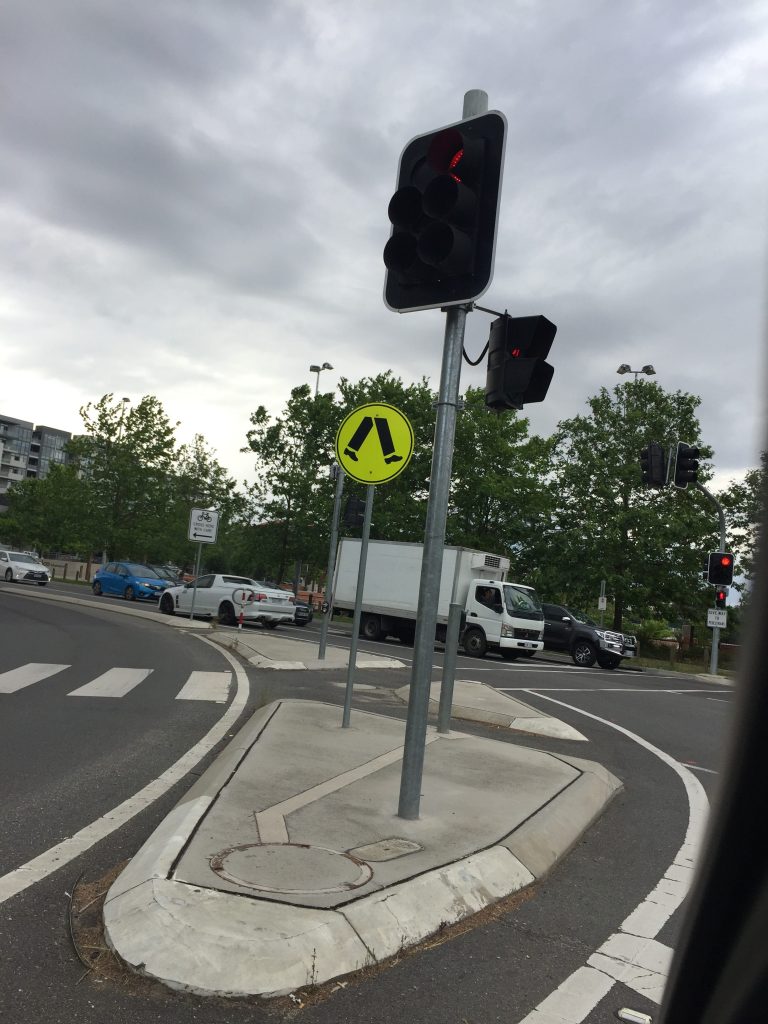 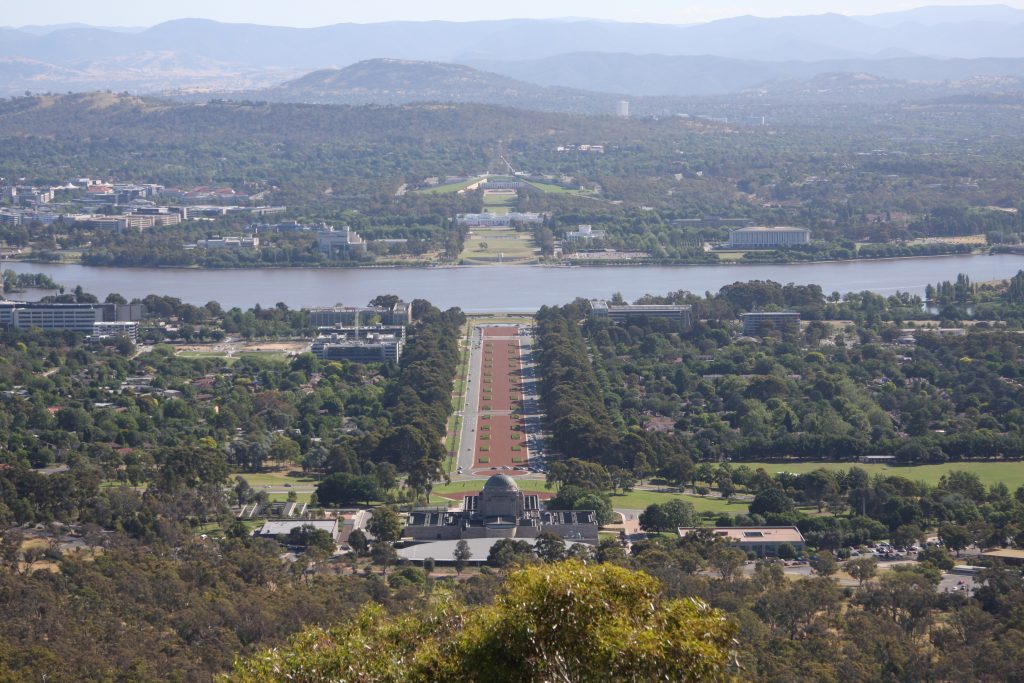 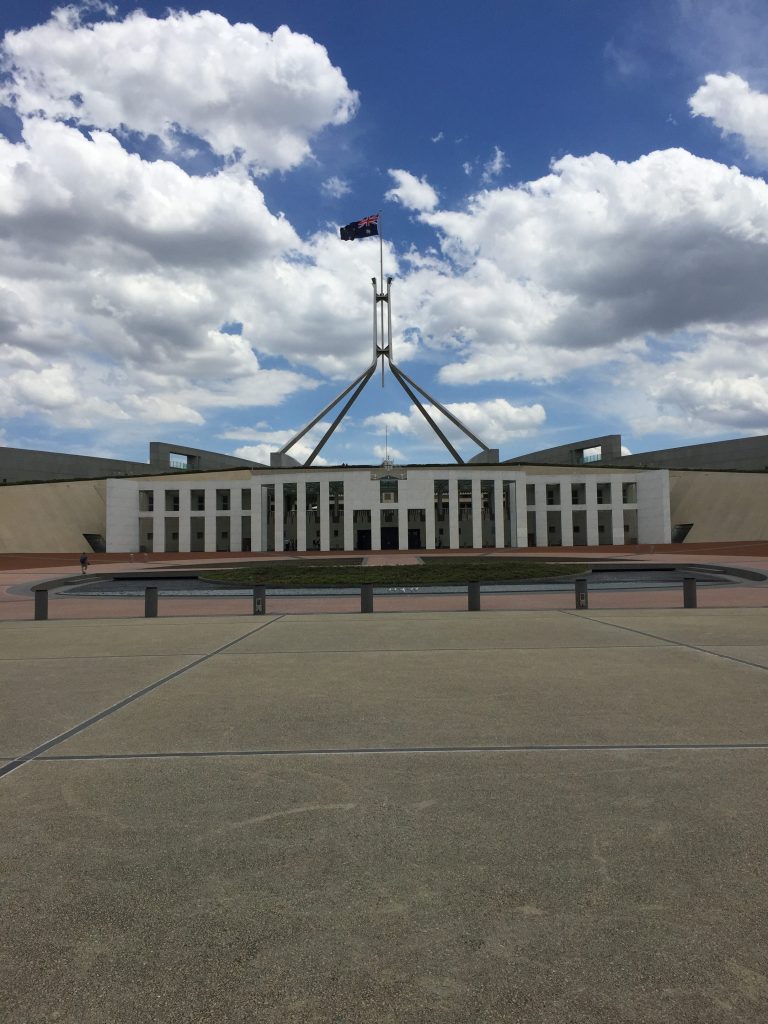 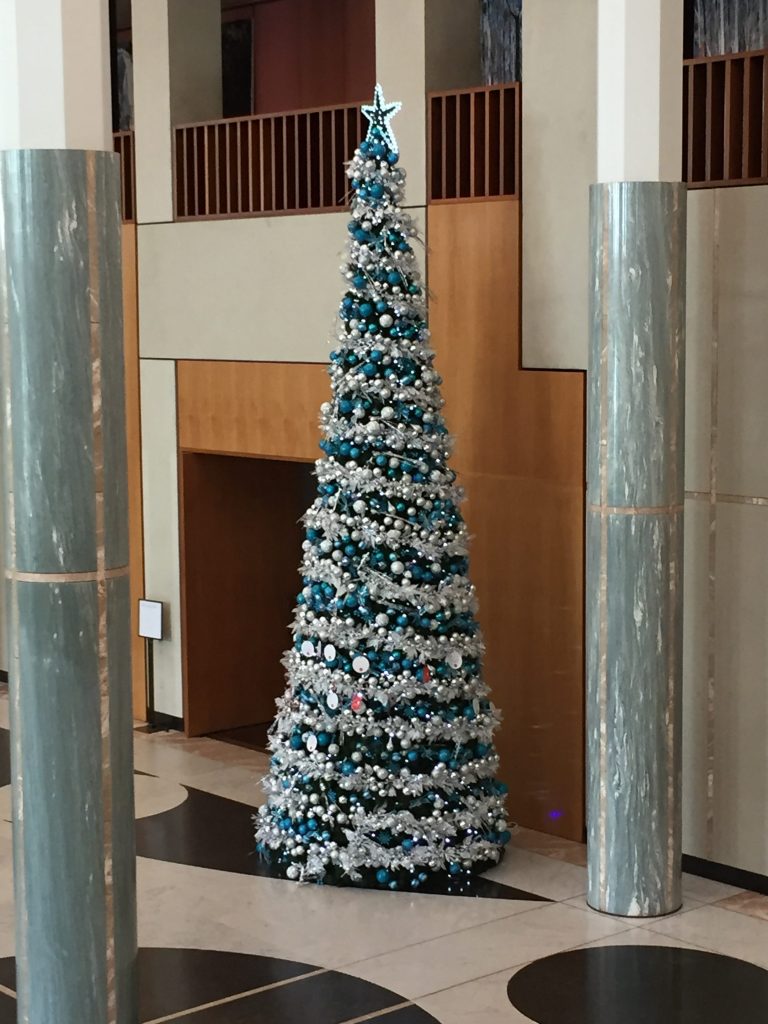 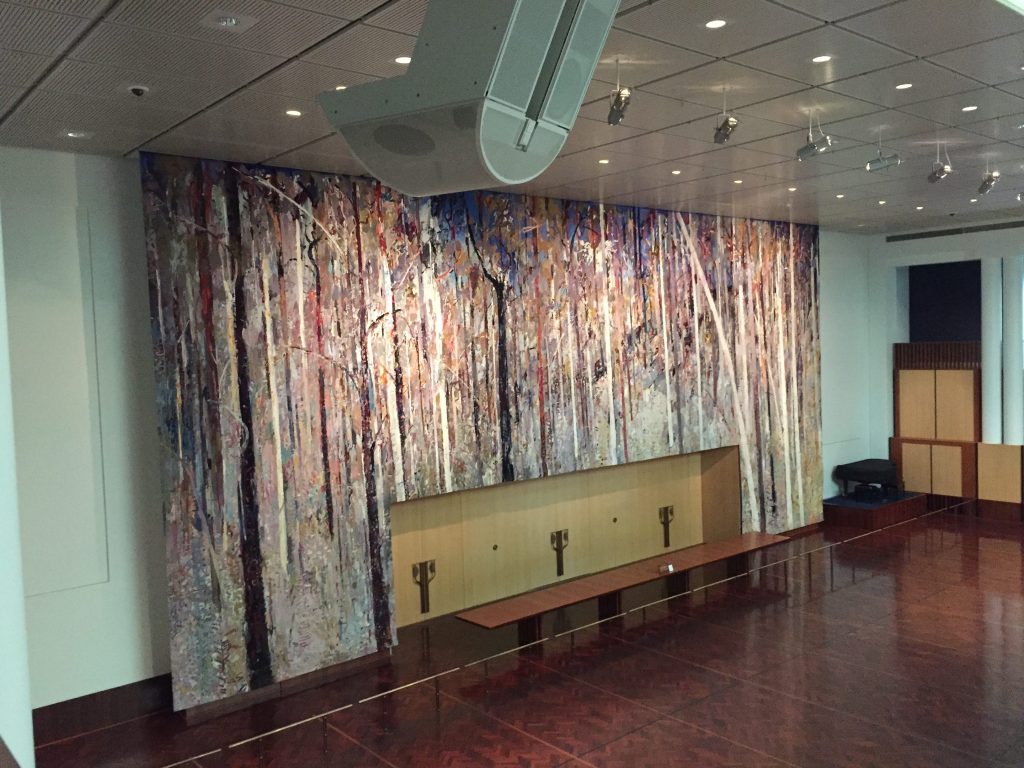 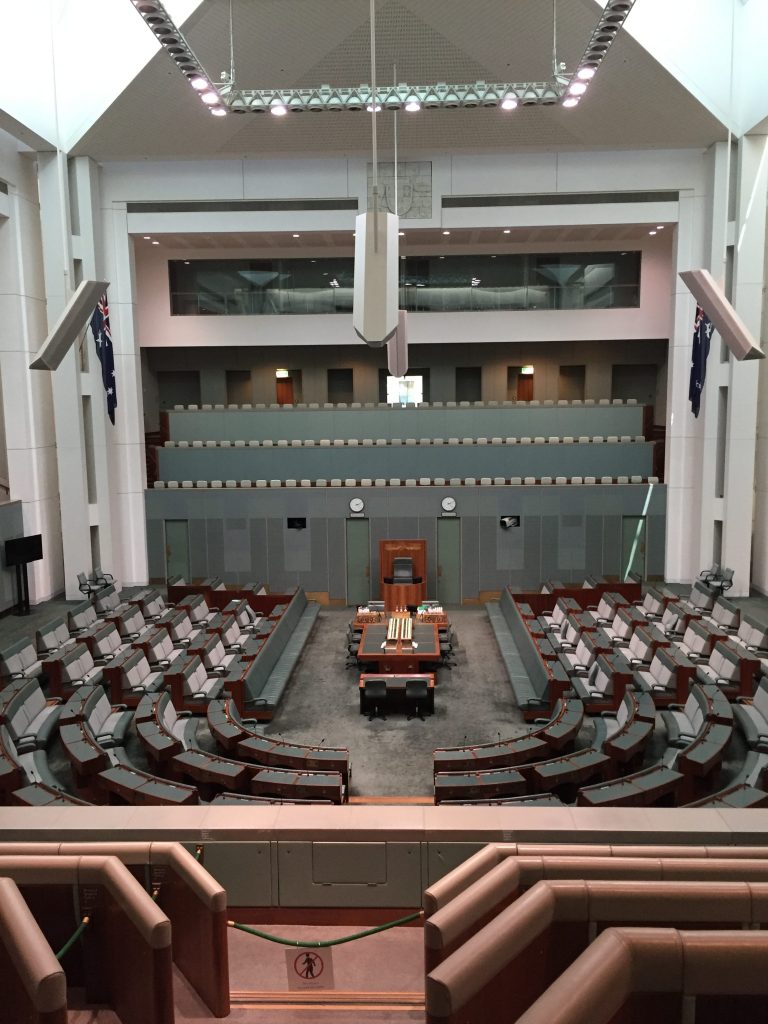 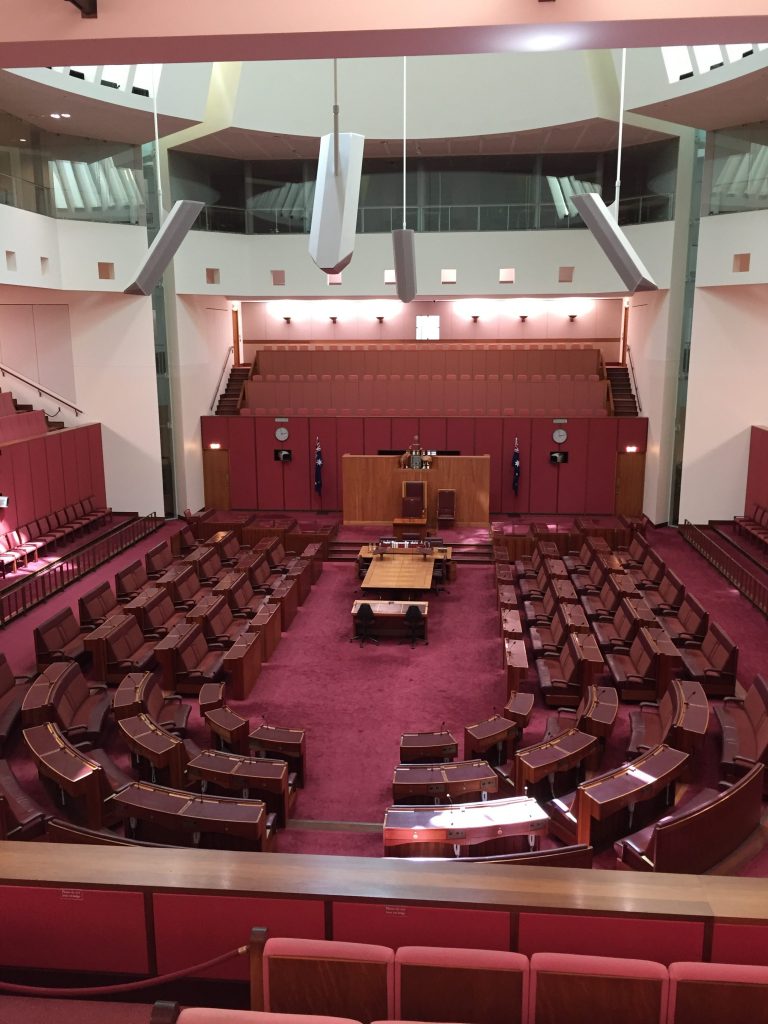 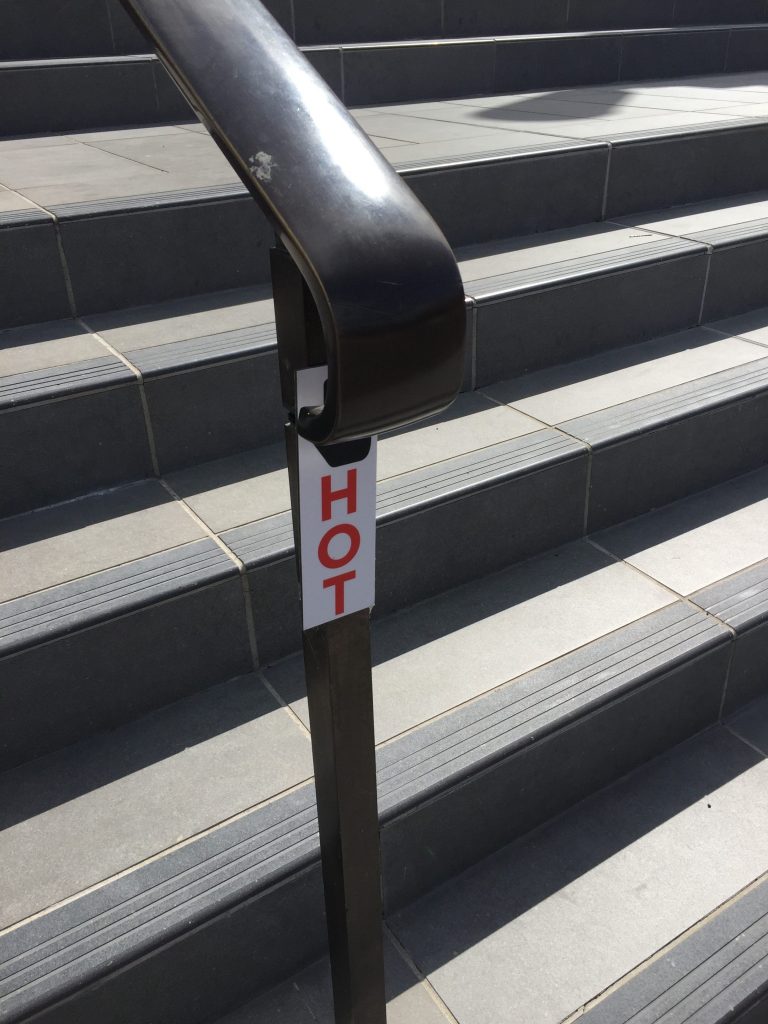 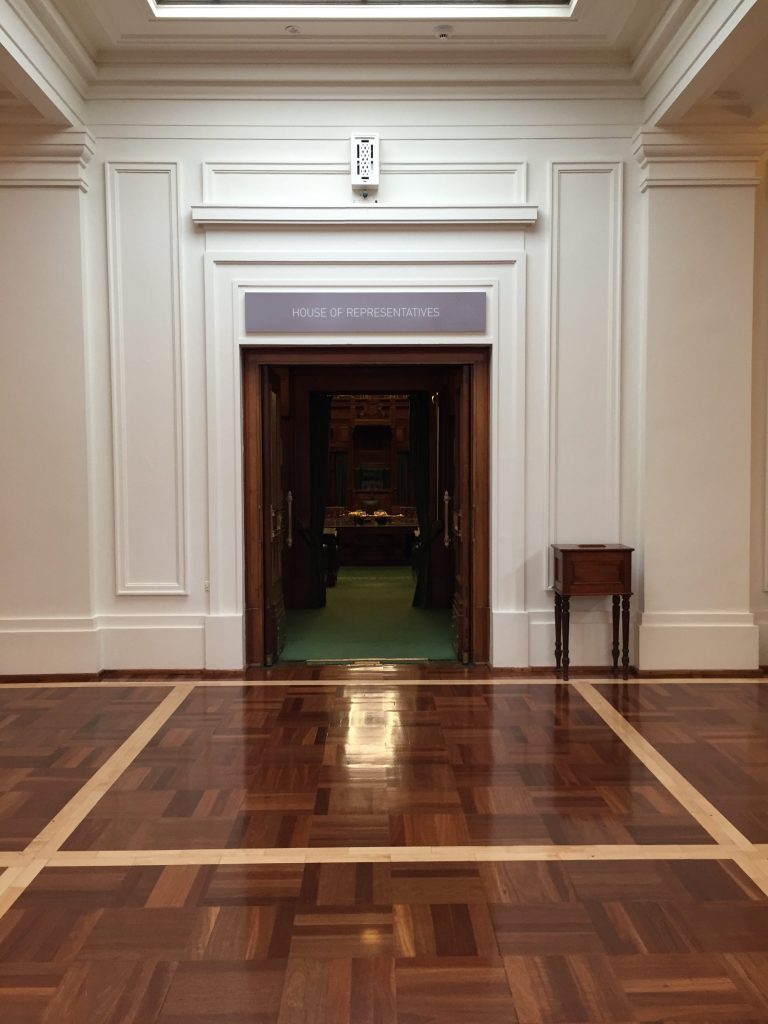 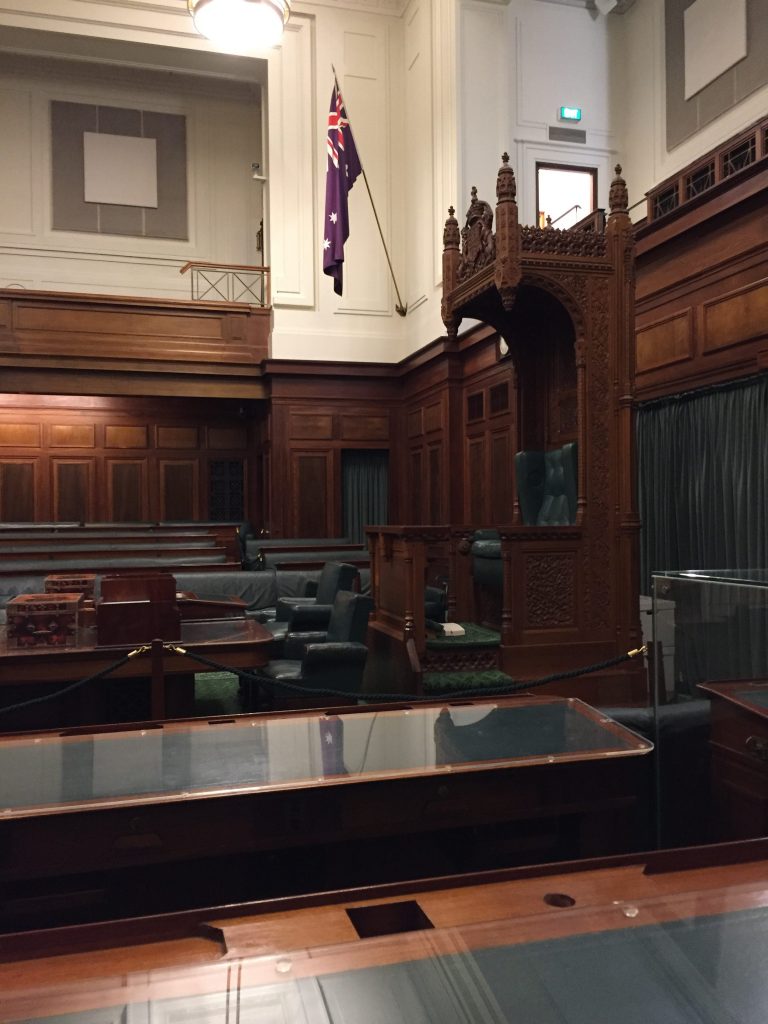 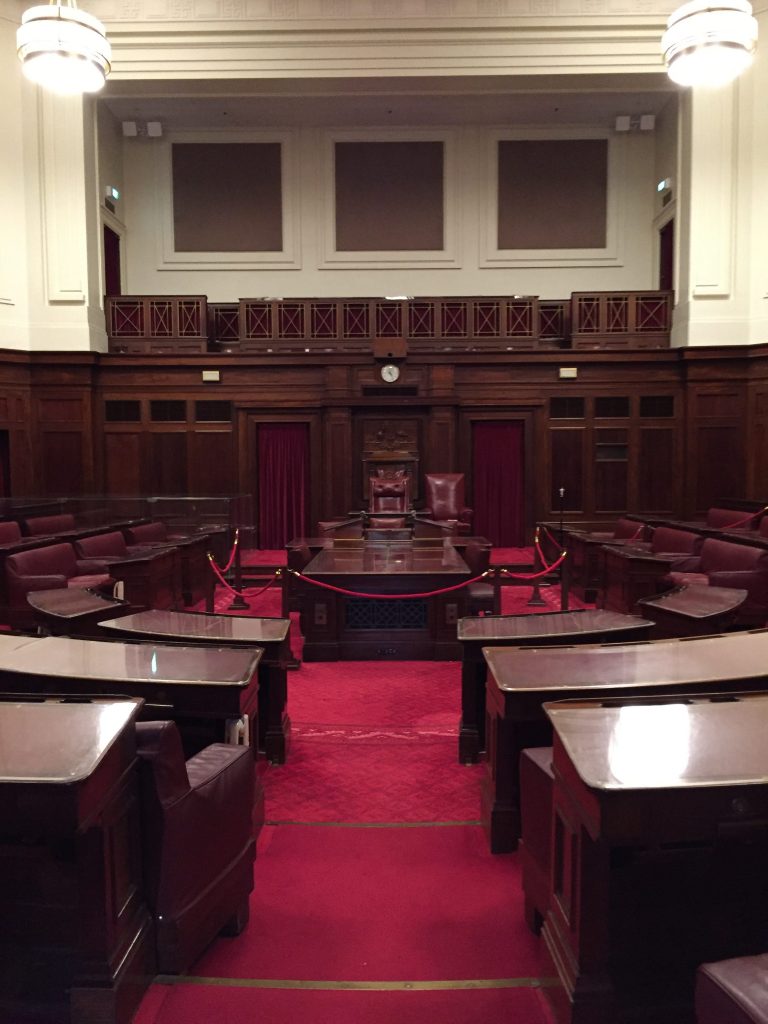 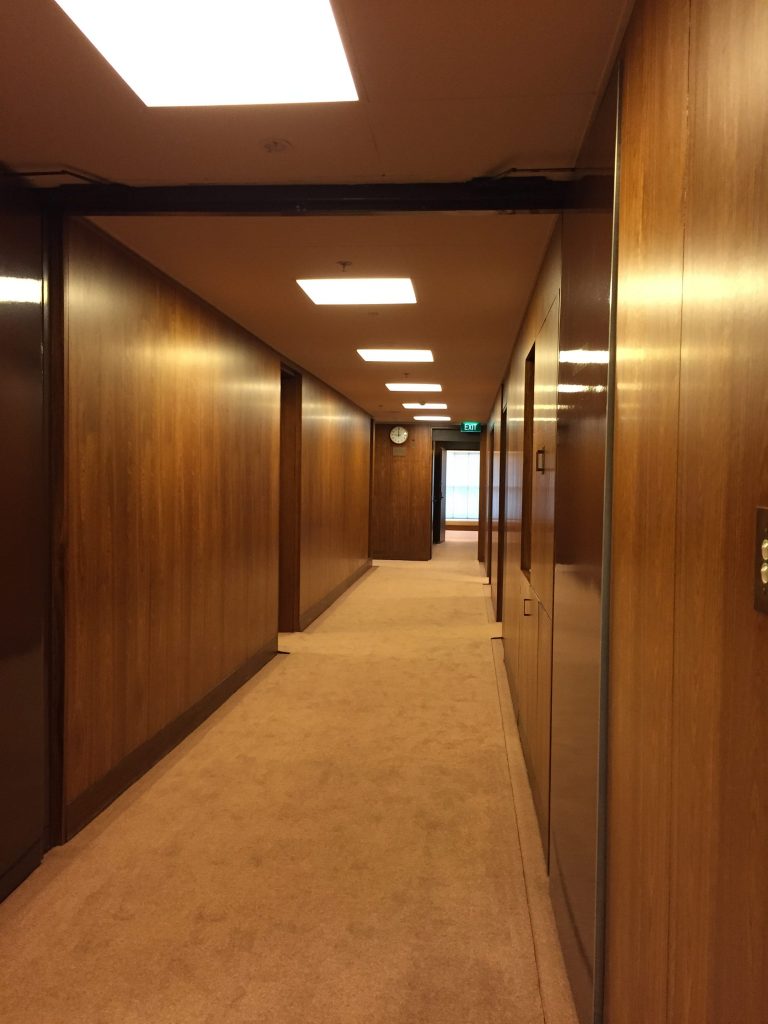 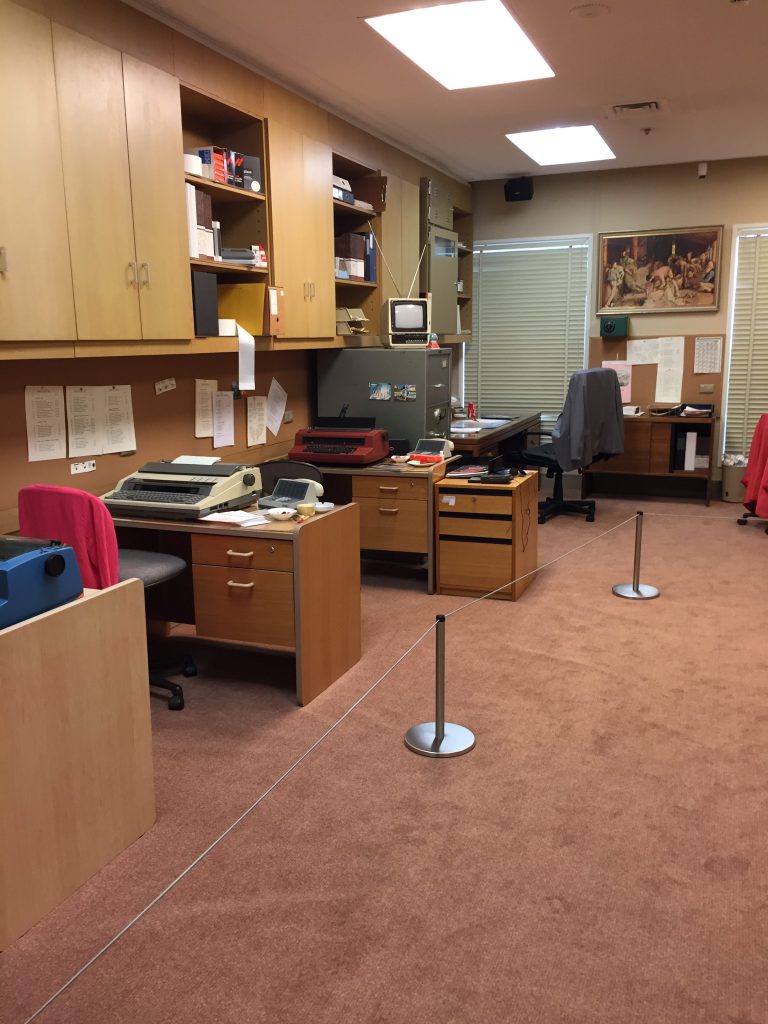 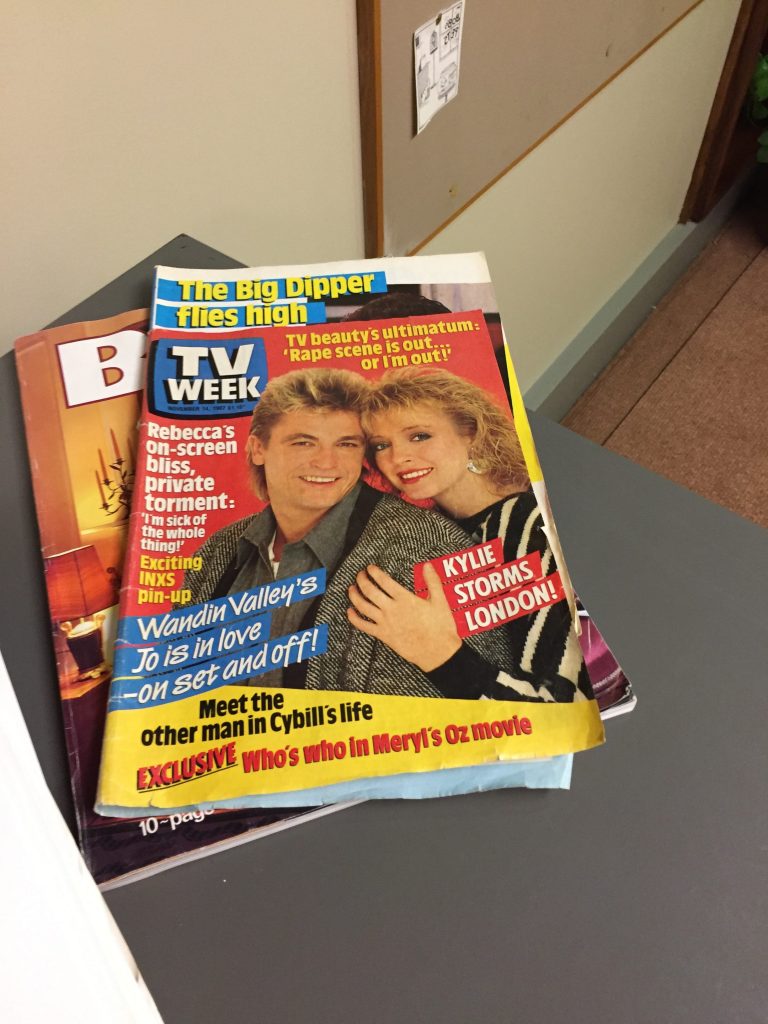 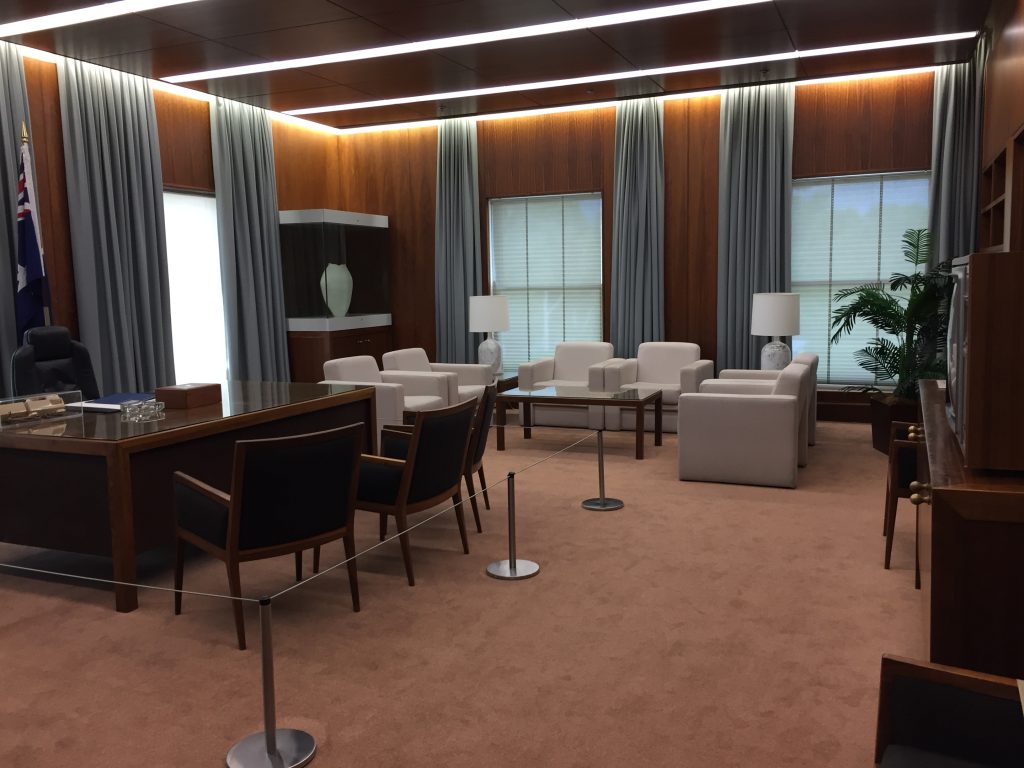 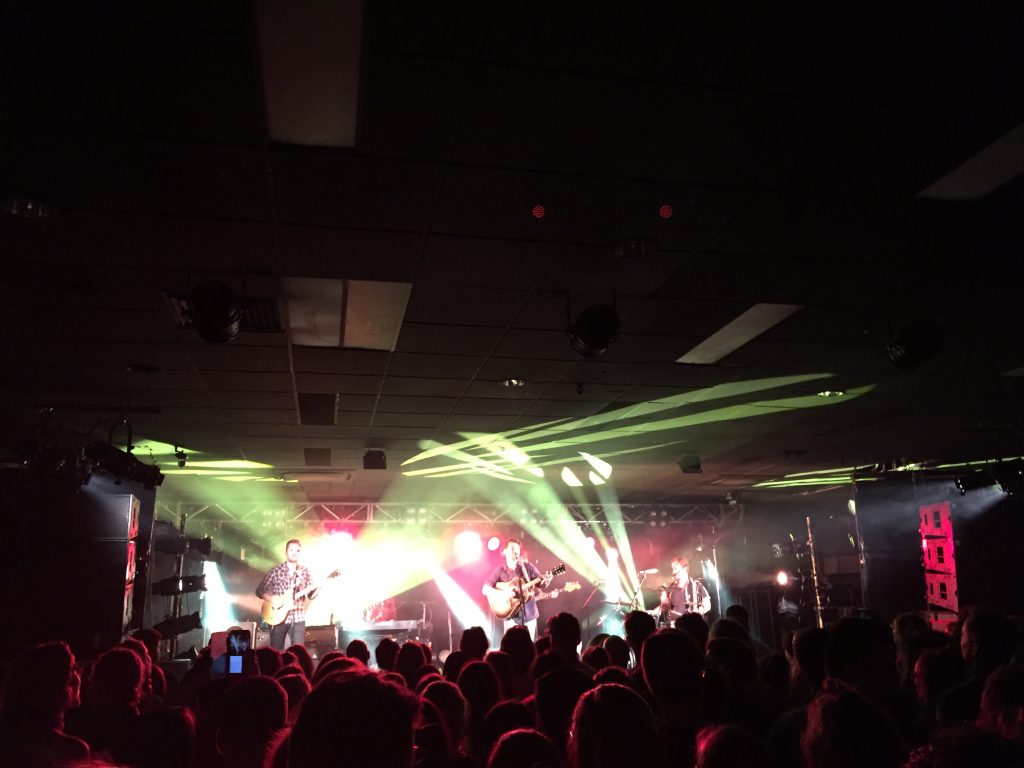 Because I was still a bit tired from all of the travelling I had been doing I was running a little slow plus I had to make a stop to sort out my phone so I missed the last Hop-On-Hop-Off tour bus that day. There is so much to see but I had to decide what I really wanted to see in Canberra before I left the next day. I decided because it was the Australian capital, I really couldn’t leave without visiting the Parliament House. Canberra has two Parliament Houses. The original one, Provisional Parliament House, that was built in the 1920’s only intended as a temporary option and the new, modern Parliament House that was built in the 1980’s. Both are definitely worth seeing. I went to the new one first and ended up taking the free, guided tour, which was worth it. You do get to go to the galleries the general public isn’t allowed into but our guide, Lucy, was the reason it was worth the time. She was both informative and entertaining while explaining the House of Representatives, the Senate, the story behind the old and new buildings and she also had some very funny stories.

The old Provisional Parliament House was amazing. Of course the architecture was wonderful because it was built in the 1920’s, but besides that, there are the Prime Minister’s offices which are a total time capsule you can walk through. It was so exciting for a history buff like myself. Because these rooms are no longer in use, you are even able to walk around the room and sit in the seats of the House of Representatives and the Senate. This is where Australia’s government walked and sat for 61 years. It is a great opportunity that isn’t available very often. Unfortunatly you don’t get to sit on the Speakers Chair but it is still an experience.

I was also very lucky to be invited to see a concert on the last night of my one and a half day stay in Canberra. It was an intimate concert at the University bar with Boy and Bear. I admit to never hearing this band before I was invited, but I checked them out on-line and on youtube before I left Canada. They were impressive on the internet but seeing them play in person was even better. I liked the music and I really enjoyed listening to them play with their obvious passion for the music. The guy standing behind us that kept yelling ‘I love you guys!’ all night was also very passionate, and entertaining. This band obviously has a loyal following of fans, and rightfully so.

While there weren’t a large amount of flies in Canberra when I was there, they were a rather laid-back group that not only did what they wanted when they wanted, but they ended up making me their bitch. I was walking around like some kind of crazy person, constantly swatting my hands around my face, and the flies didn’t care, they still landed on my face, mouth, eye glasses, etc. and no amount of swatting was going to make them leave. They owned me. At one point I was walking down the street and the wind picked up to such a degree I’m pretty sure my feet left the ground but I swear to you, those Australian flies were not only still happily flying around my face but they happily landed there with a precision and accuracy I’m not sure I’ve seen anywhere else. It was all kind of impressive really.

I keep speaking to Australians who have never been to Canberra even though they heard it’s nice. As a foreigner who very much enjoyed her time there, everyone should consider going. Whether you are an Australian or a tourist in the country. It has such a nice vibe with a lot of friendly, helpful people, not to mention things to see and do.

If you are interested in, or starting to plan a trip, there are several travel related products and websites listed on the Yup…..We Like These page, to help you out. Some of the affiliate link descriptions also contain a coupon code for you to use.