A Layover in Guangzhou, China with China Southern 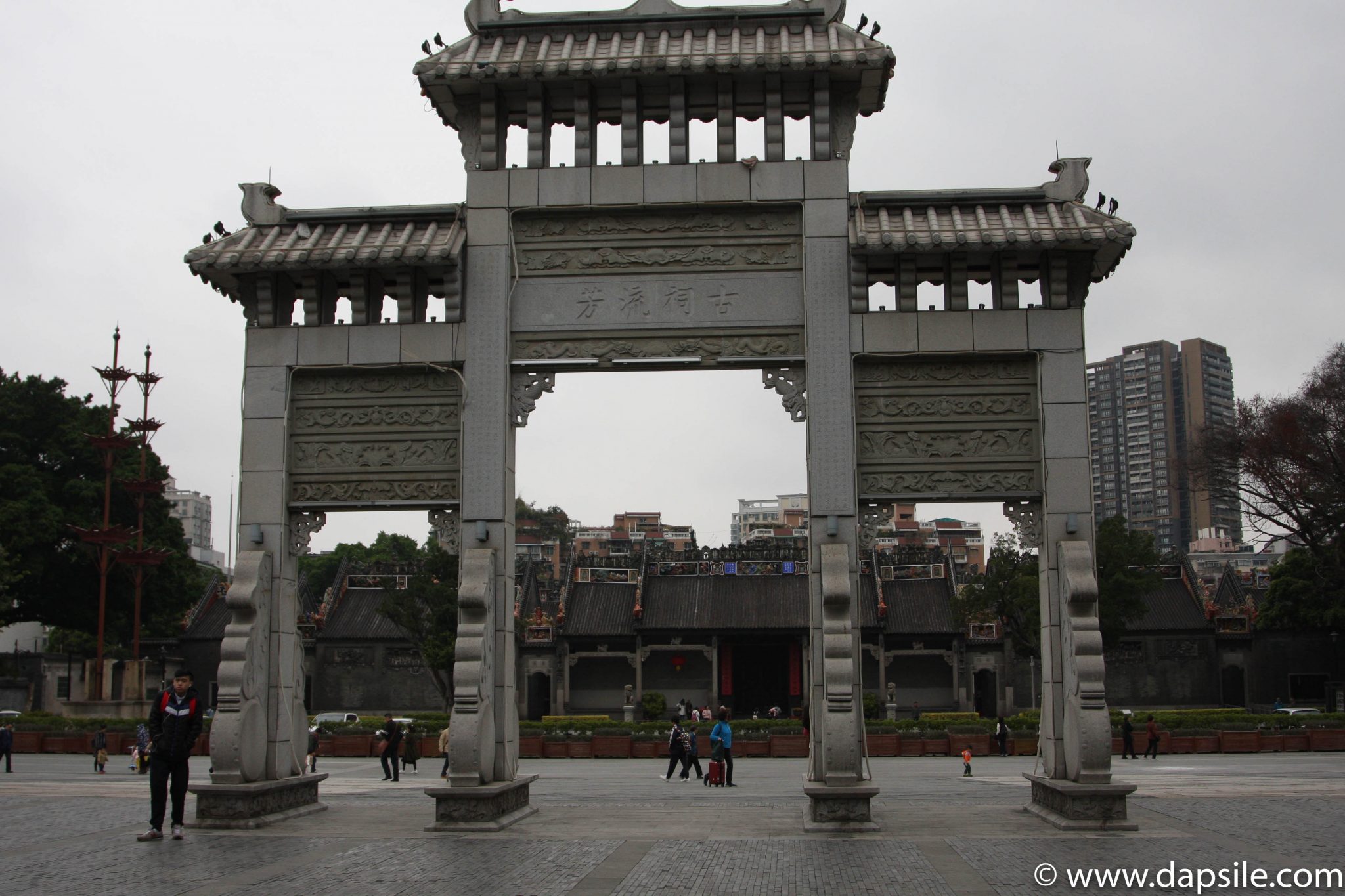 Last year I was reading emails when I saw one that said flights to Australia from Vancouver were something like $660 return. Turns out that was USD but still I jumped at the opportunity and booked myself a flight for $845 CND return. It meant I had two long haul flights with one stop each way, and a layover in Guangzhou, China with China Southern.

I had never flown China Southern before so I didn’t know what to expect. The airplane was huge and there were heaps of people crammed in. The flight attendants were wonderful though. There were so many carry-on bags and so little space, they were sharing their space by putting bags everywhere possible.

[bctt tweet=”Taking advantage of a layover is a great way to spend your time & offers a teaser for a new country.” username=”dapsile” nofollow”yes”]

I’ve been on flights before where the flight attendants get very upset that you are in their way as they are trying to move and work. Totally makes sense, I would be too. Even though I always wear compression socks when I fly, I appreciated how the China Southern flight attendants understood how we needed to get up, walk around, or even just stand for a time. They were patient with us while we tried to get out of their way so they could work. I also watched the flight attendants continuously wipe up the bathrooms. The one I was using wasn’t the messy, stinky disaster scene you normally experience on long haul flights.

By the time I landed and got through my layover in Guangzhou, China with China Southern, the bar was set pretty high. I wish I wouldn’t have done that because the flight from China to Australia wasn’t as good. The bathrooms weren’t looked after as well and I had to ask for my vegetarian meal for each meal. I actually argued with a flight attendant for one of them because she gave me a regular meal, until someone else brought me my vegetarian one. In her defense though, the woman in front of me was horribly difficult and complained about the food she was given each time. Before she even tried it.

The flights from Australia to China and China to Vancouver were somewhere in the middle though both for my expectations and the outcome. I have heard some scary, faulty airplane stories about China Southern but I never experienced that. Overall I felt China Southern was a good airline to fly with. 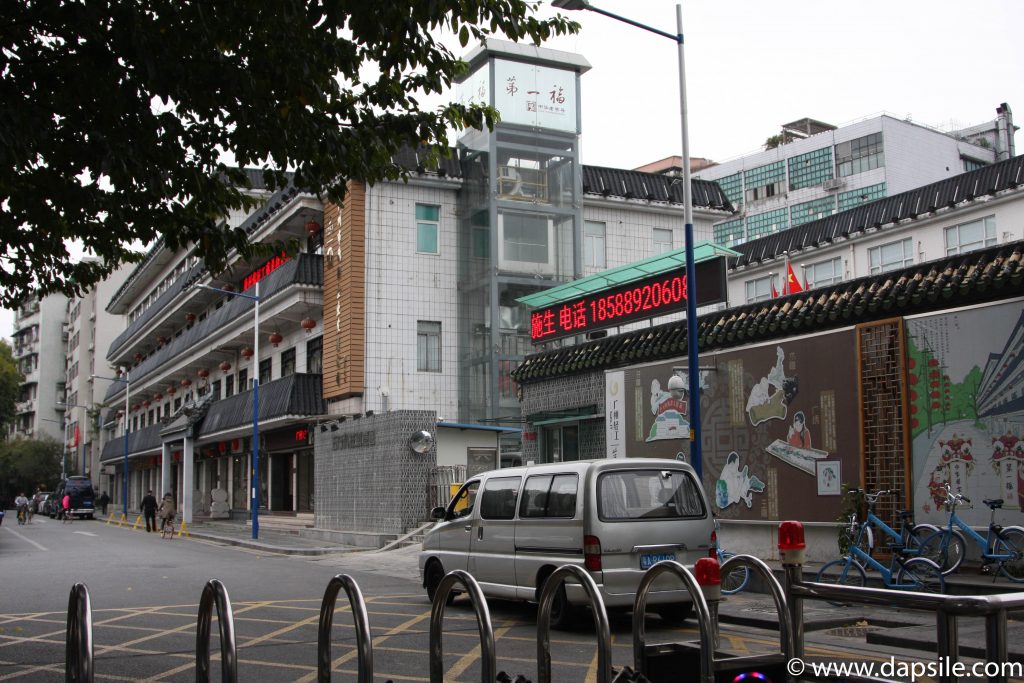 About six years ago, I decided that when the circumstances allowed, I would start maximizing my layovers in different locations. It hasn’t really amounted to too many so far but I enjoyed my recent layover in Guangzhou, China with China Southern.

There are exceptions, but if you have a ticket purchased to a 3rd country and you will be leaving within 24 hours, most people do not require a Visa to travel through China. You will need to receive a stamp in your passport allowing you to leave the airport though. My first layover was about 4 hours between Vancouver and Australia, so I didn’t try to leave. Nor did I go through any section where I could have even received a stamp to leave. I saw my departure area, stopped & stayed there. There were shops and restaurants to get me through the time. Even though the public washrooms in the airport contained mostly standing toilets, I did appreciate the few sitting ones they had.

My second layover, on my way back, was about 9 hours. I went further through the airport and went through an immigration check where I received a stamp for temporary transit, good for 24 hours. I must admit I didn’t ask any questions and I had no idea what was happening but because I was flying with China Southern, they took care of everything. Someone was even waiting for me after I went through that check and received the stamp in my passport. I was then taken to the front part of the airport. Turns out it is huge.

The Layover in Guangzhou, China with China Southern Treatment

Apparently, because my layover was over a certain amount of time (not sure exactly what that time limit is), I was taken out of the airport and put on a shuttle bus to a hotel. I was given a room and a voucher for food. So, I showered, changed, and hopped on the shuttle back to the airport. 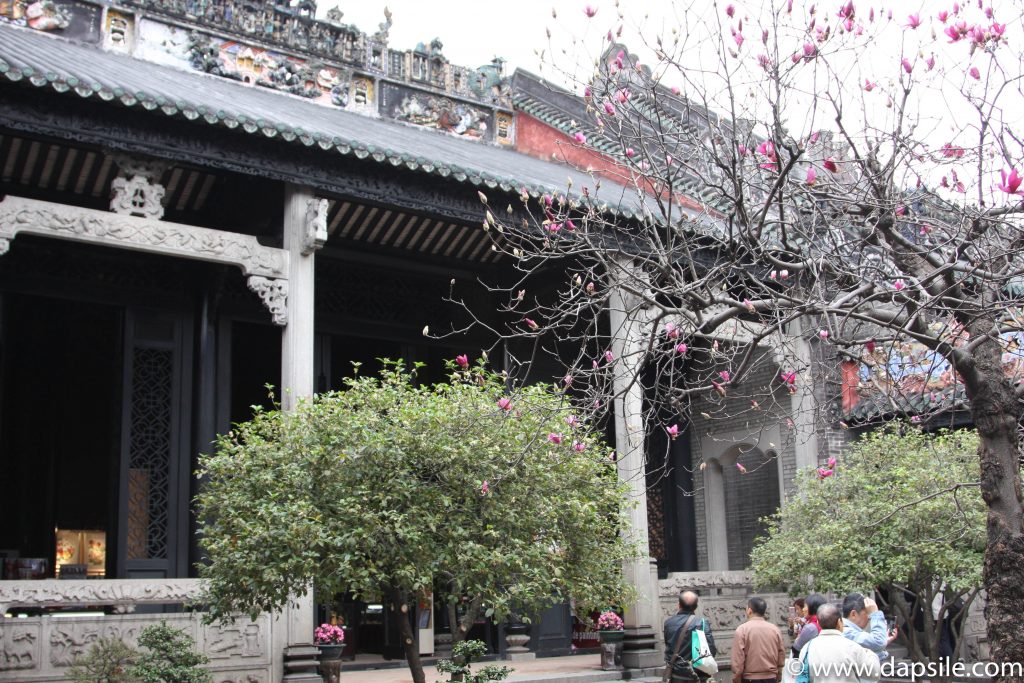 I went back to the customer service desk and asked if there was a tour or some way to see the city. It took quite a bit of asking, repeatedly, but I did find out there was both a tour and a welcome travel package. The tour was a specific time, which didn’t work for my flight times, but the welcome travel package contained a travel card for the public transportation system, two tickets that could be used at two different museums, what looks like a page of coupons for all kinds of different things (there is not a lot of English so I am not sure exactly), and a fun, touristy, above ground map.

My first stop was to an ATM for money then I placed my carry-on bag in the left luggage facilities. After that, I headed downstairs to the underground train station. Both the station and the train from the airport had English so that helped. Actually, while not a lot of people spoke English with me, most of the airport, hotel and China Southern employees did.

The train was very busy on a weekday morning and I had to transfer at an even busier station. I am so glad I read the map on the first train and counted the stops to the museum I wanted to go to though because once I transferred trains, there was no English. I visited the Guangdong Folk Arts Museum which ended up being about one hour train ride from the airport.

While the Guangdong Folk Arts Museum was mostly outside, and it was a pretty chilly day, I still enjoyed it. This was my first time to China so I loved even looking at the architecture of the neighbourhood let alone the artifacts, etc at the museum. 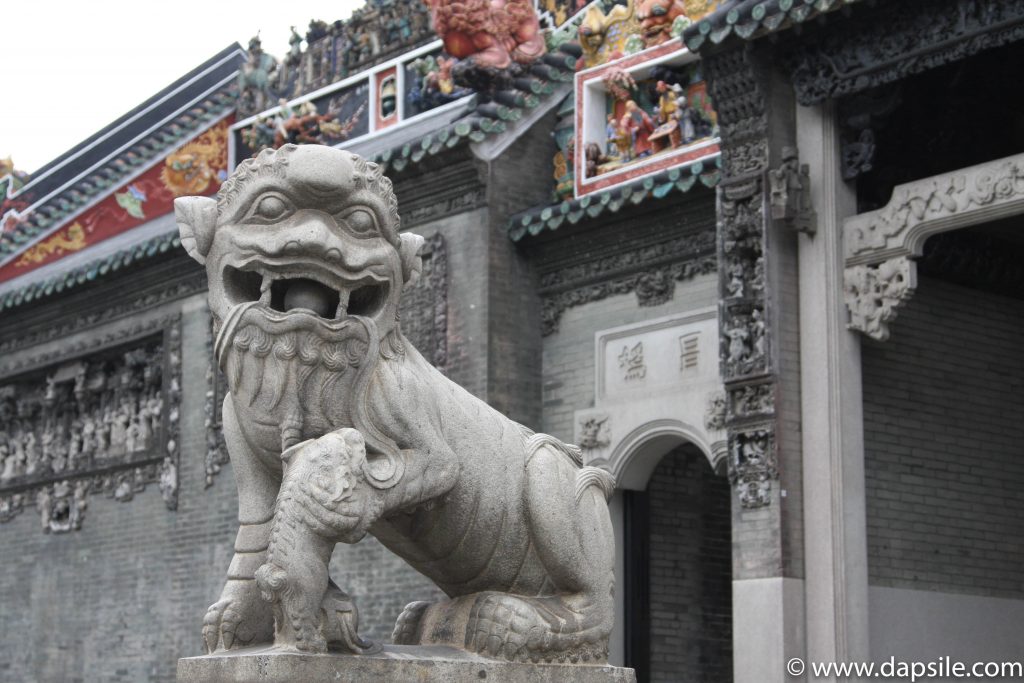 Maybe I wasn’t able to see as much of the city as I would have liked, that free city tour would have been great, but I am so happy I chose to see something during my layover in Guangzhou, China with China Southern. It was my first time in China and it was a great teaser for the country. Showering, changing, seeing sights in a new country, these are all wonderful ways of spending your layover time between two long haul flights. I especially enjoyed the treatment and perks China Southern provided their passengers on these long layovers.