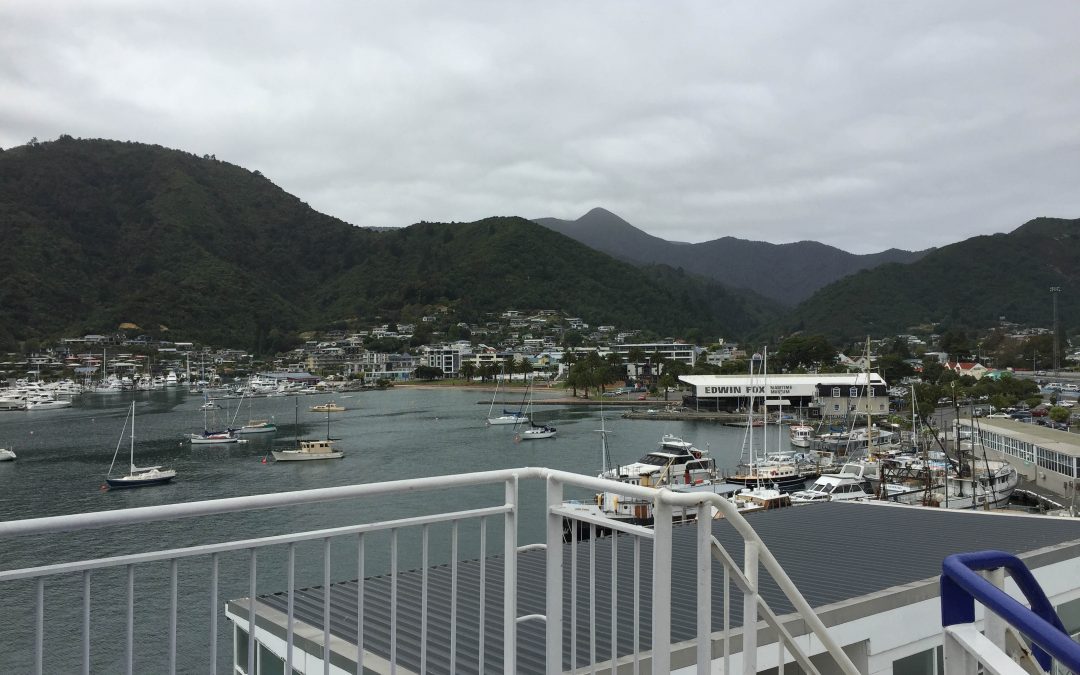 I was visiting New Zealand only a few months after they experienced a major earthquake in the northern part of the South Island, that was also felt in Wellington in the North Island. Unfortunately, amongst other things, this earthquake closed the #1 which is the shorter route drive along the coast from Christchurch to Picton, where I needed to catch the ferry to Wellington. So while my drive from Christchurch to Wellington ended up being longer than I expected it was still beautiful. I drove the #7 north then west, the #65 north, and #6 highway the rest of the way.

I had booked myself on the ferry for the next day, giving myself close to 24 hours to get there, but I was hoping to stop at sights and enjoy Picton a bit. Instead, I drove without making a lot of stops at sights and I didn’t get to see Picton at all. It was a bit disappointing but it just meant I saw more of the countryside.

I think part of the problem was me underestimating myself for the drive time. Oh, and the nap I stopped to have took up some time. Or it could have also been the additional time I took to go as far north as I ended up going. But I got to drive along the coast. Next time I think I would give myself two days to make the trip so I could stop and enjoy more of what these areas offer. 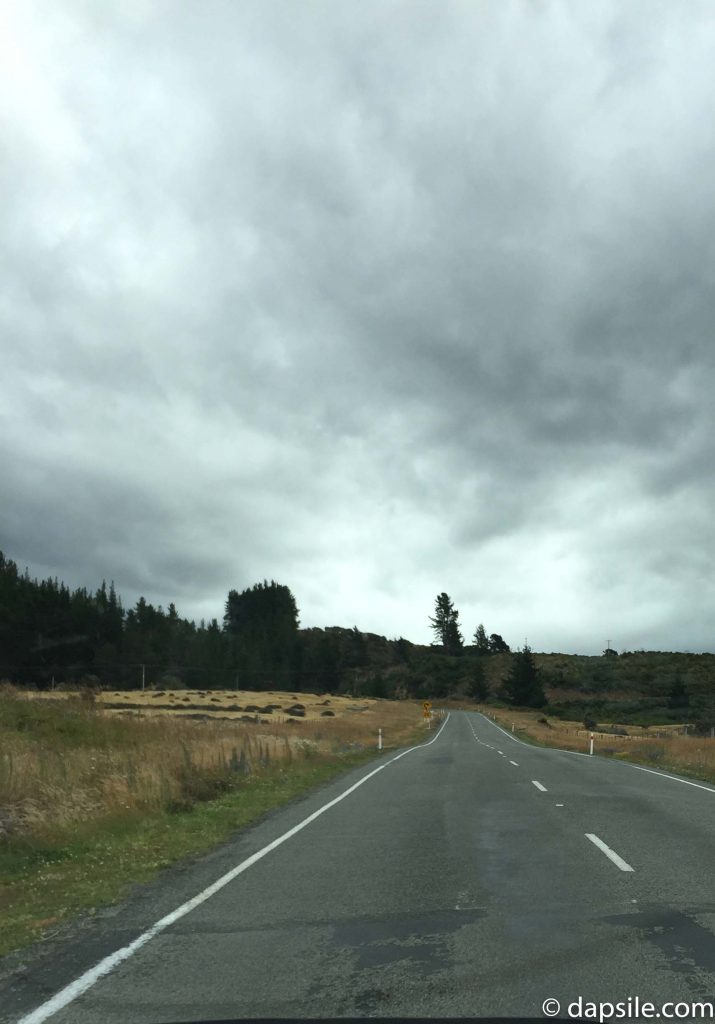 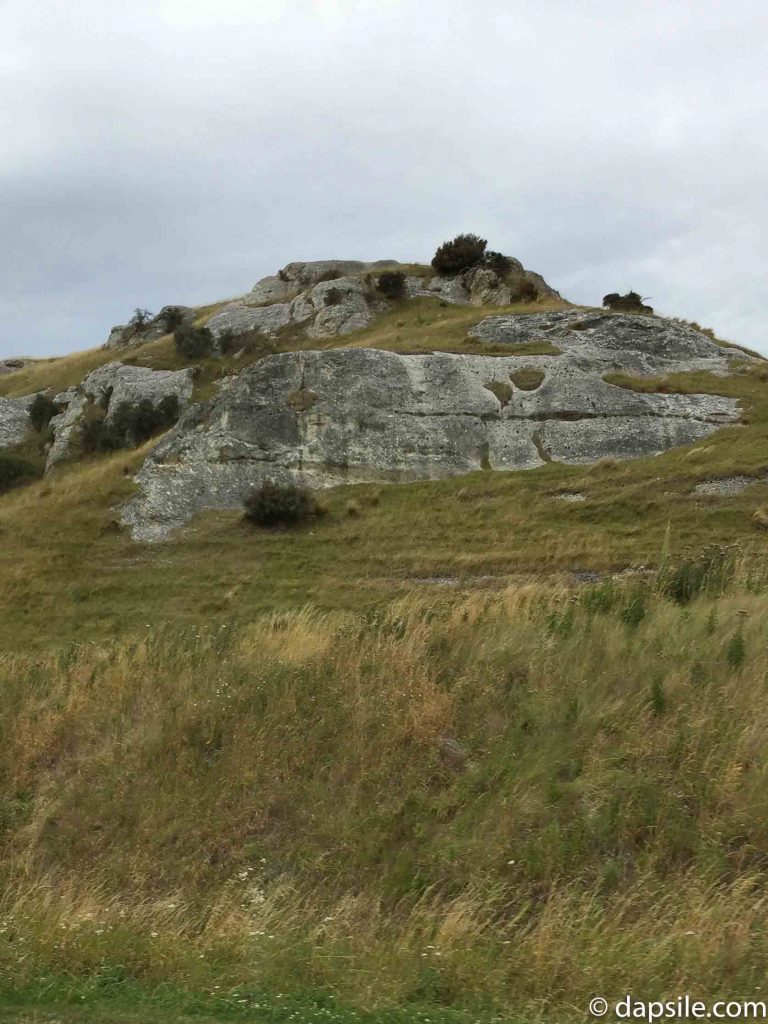 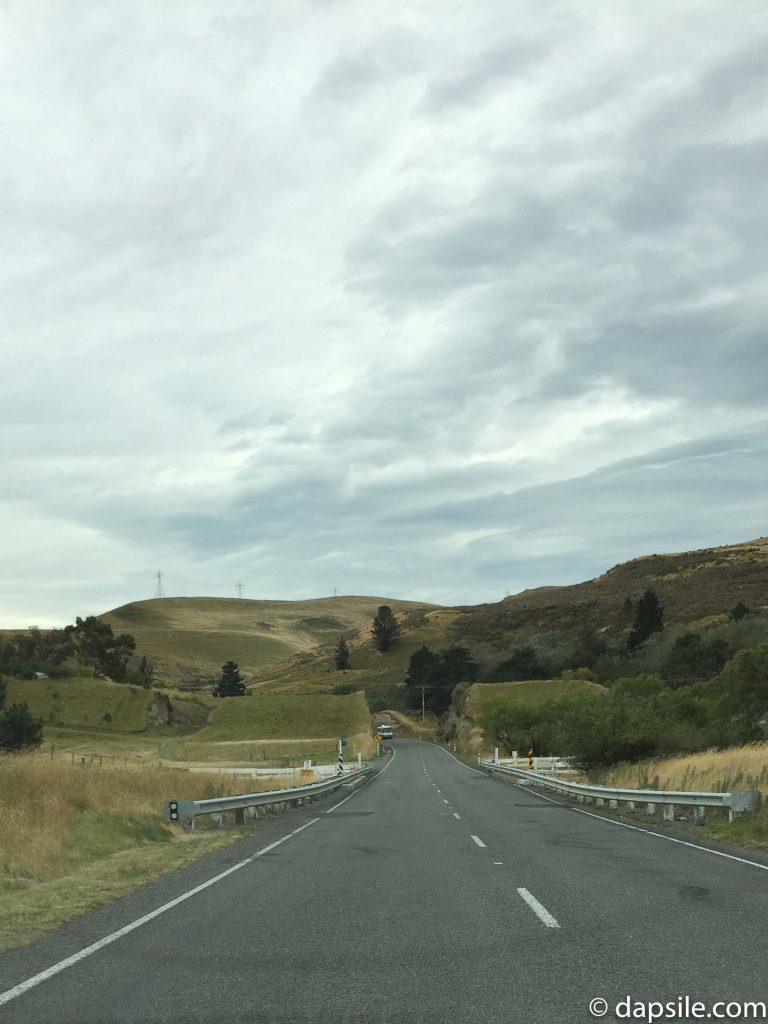 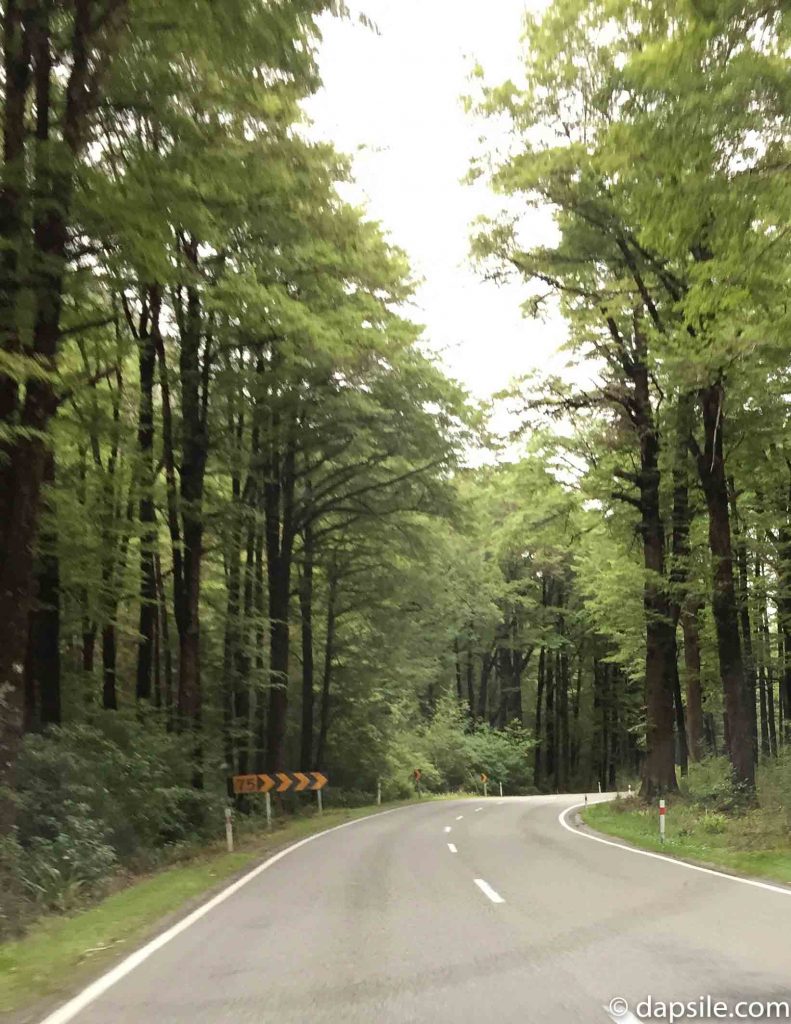 Driving From Nelson to Blenheim

I drove the route that was busier with easier roads, and that was recommended to me. I might have gone out of the way when I drove as far north as possible and found myself in Nelson but I’m not sure if that was on purpose or in error. Either way, the drive was good, and I saw quite a few other travellers driving it.

I stopped for petrol in Nelson and then got back on the road. The drive to Blenheim was about two hours and the part along the water was beautiful. But another part of it was the weirdest thing I have ever experienced. It started to hail. Or I thought it was hail. It was actually so many bugs hitting my windshield I had nothing else to compare the sound too so I thought it was hail. It was gross and weird. But it only happened once it got dark out. But again, it was an abundance of bugs hitting my windshield making it one of the weirder experiences I’ve had.

Camping When Driving from Christchurch to Wellington

What I found quite interesting was the sheer quantity of camper vans on that road. I think I saw more of them than I did cars. Many of those camper vans were parking/camping on the side of the road in one of the many, many rest stop or camping areas.

I stopped at one of the small rest stops along the road to use the amenities but other than an outhouse and open graveled space, there was nothing there. Except mosquitoes, there were heaps of those everywhere (or sandflies). I also learnt that most of these stops had one major rule. What you brought in, you had to take out. This included bodily waste, so each vehicle had to have some form of a toilet because not all the stops had facilities available.

Driving to Blenheim to spend the night made sense to me because I had a car and I also don’t camp. I didn’t make a lot of stops along the way, only four major ones. I stopped for a nap, to use the facilities, to fill-up with petrol, and to check out the Maruia Waterfalls.

There aren’t a lot of towns along the route and some of them are tiny anyway so those rest stops are greatly appreciated. I had stopped at a grocery store before I left on my drive from Christchurch to Wellington so I didn’t need to worry about stopping for food on my journey but I saw restaurants along the way I could have stopped at.

Located just a short drive off the #7 Highway, Hanmer Springs is a lovely thermal pool & spa village about 90 minutes from Christchurch. While I didn’t stop to take advantage of the wonderful offerings, I drove through. There are thermal pools located here with all the bonuses that generally come with spas. You could just spend your time relaxing in the thermal pools & spas, shopping in the boutique shops, or eating at any of the eateries.

But that’s not all the area has to offer. There are adventure activities like bungy-jumping and white-water rafting for the warm weather as well as skiing in the cooler temps. You can also enjoy hiking or mountain biking.

This small village offers so many things to experience. You can find things here.

The first stop I made driving from Christchurch to Wellington was at the Maruia Waterfall. A waterfall created in 1929 by an earthquake. I didn’t get too close but what I saw was beautiful. I parked my car in a gravel parking area then walked a short distance along a path until I came to the river and the waterfall. The view was looking across to the top of the waterfall.

There were lots of mosquitoes though so I gave up quickly.

Because I didn’t want to be eaten alive, I decided not to make any further stops for sights. My blood was some kind of beacon for the mosquitoes in Australia who ate me no matter where I was and I didn’t want the same special treatment in New Zealand.

I later found out they weren’t mosquitoes, they were sandflies. But same thing, the bugs kept trying to eat me.

I didn’t book myself a place to stay in advance and I’m glad I didn’t because I wasn’t able to make it to Picton that night with the unexpected lengthy drive. Instead, I arrived in Blenheim after 9:00 pm thinking I would drive around and find a hotel to check-in to. Imagine my surprise when I didn’t find any hotels, only motels. And they were all closed. Or at least all the ones I drove past were, and there were a lot for a small town.

Thankfully, I found a motel that was supposed to be closed but the owner still had the door unlocked. She very nicely checked me in and I was so happy she hadn’t locked up yet. Ellena Court Motel (website) is the cleanest motel, and even hotel, I have ever stayed in. Anywhere. It was wonderful. It had been newly renovated but I don’t know if that is why it was so clean. When I was leaving, I saw like three women in one room cleaning. And they were cleaning everything, things I’ve never seen being cleaned in other rooms in other hotels or motels. 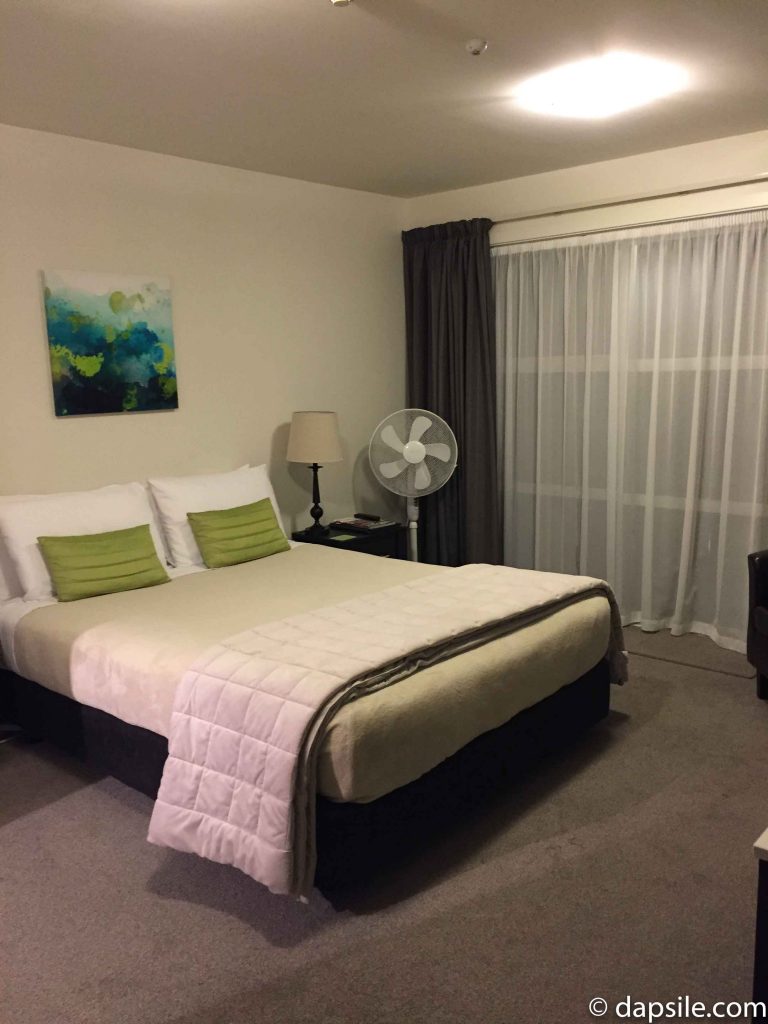 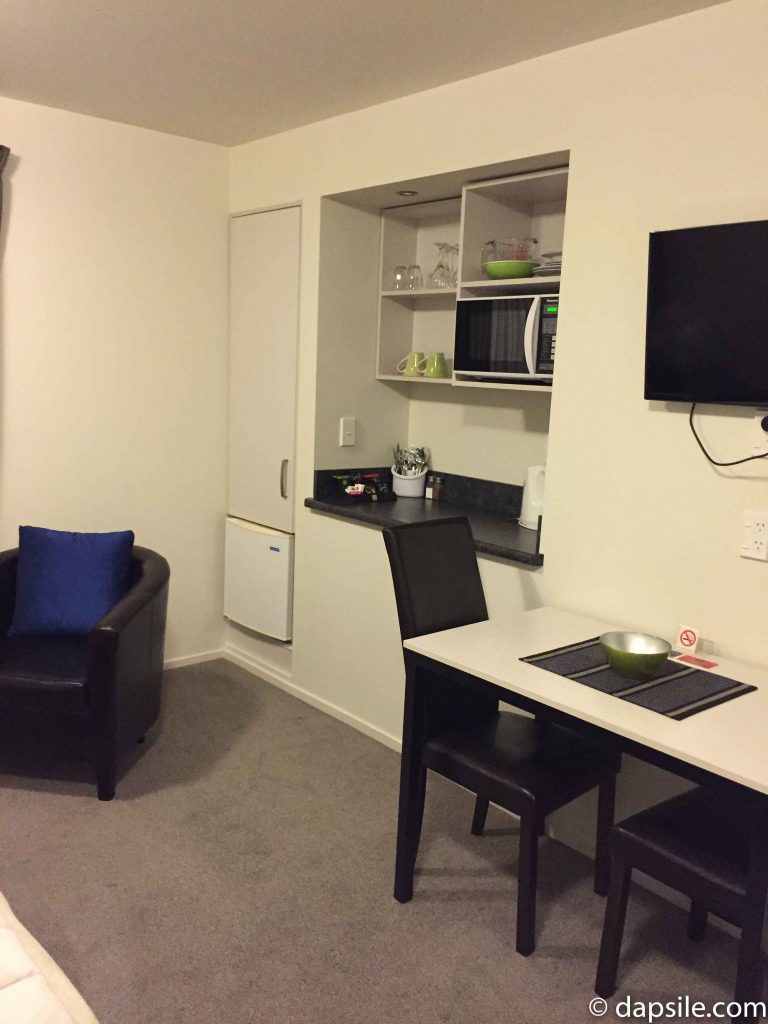 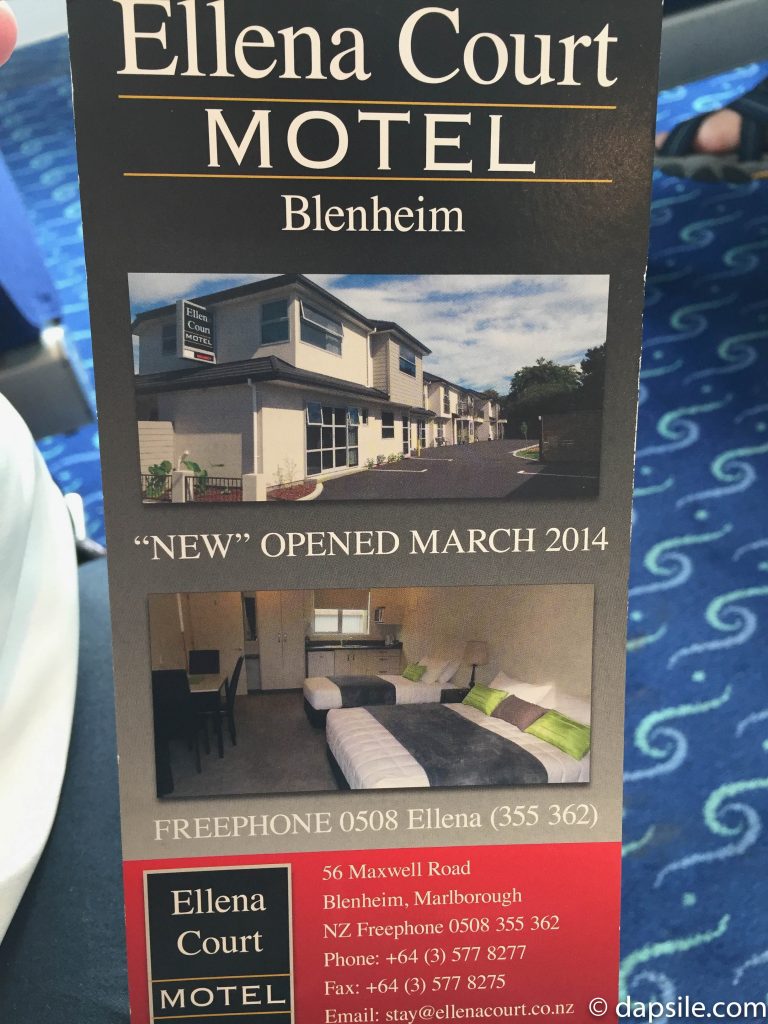 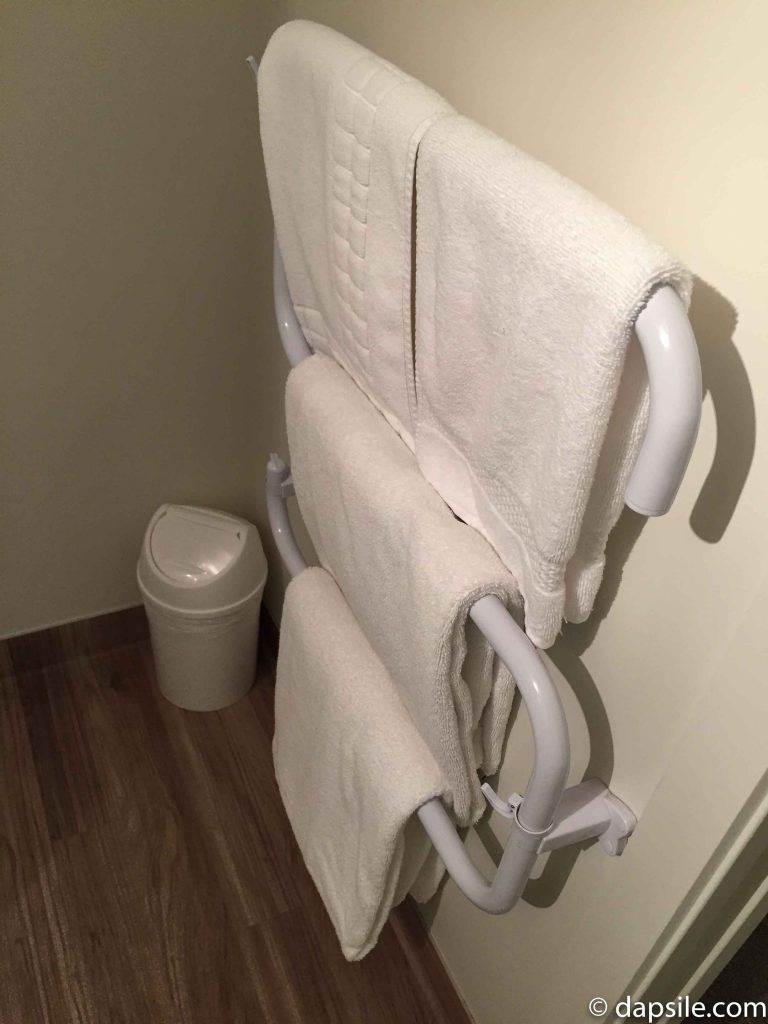 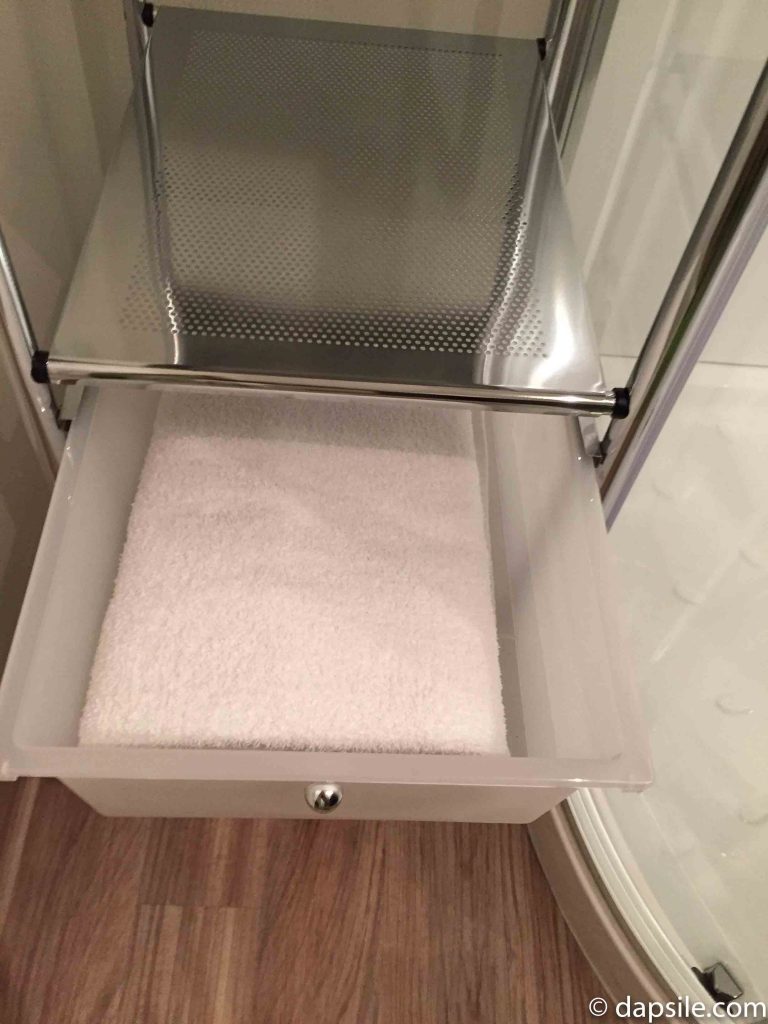 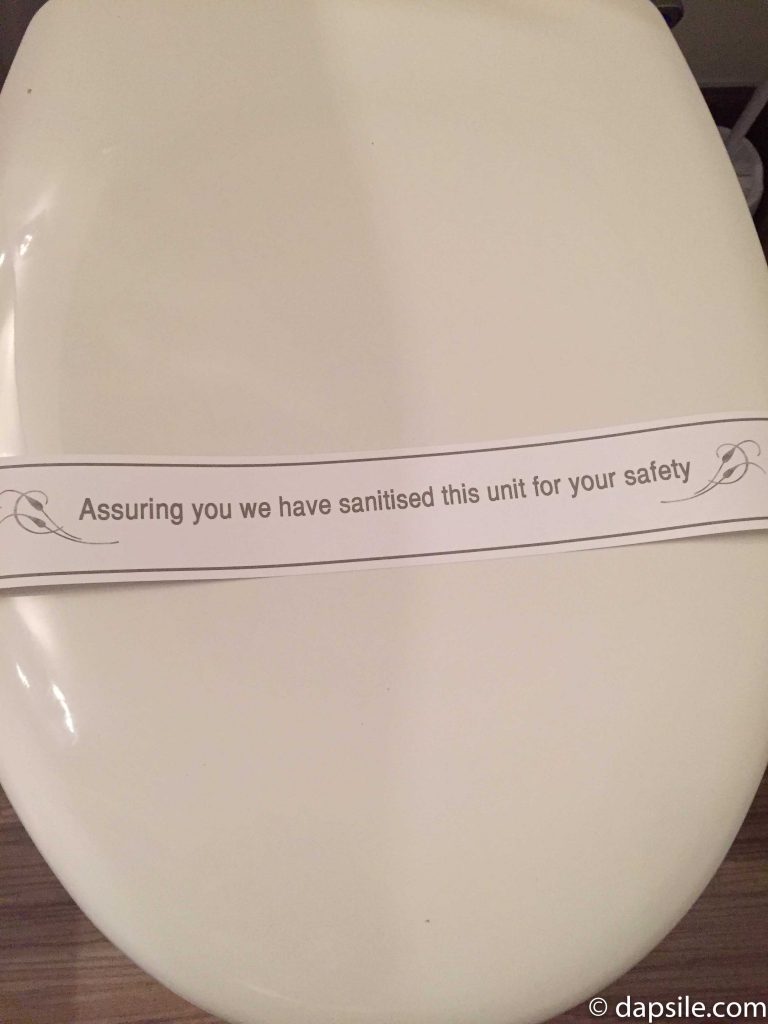 Sorry, I have no idea what Blenheim offers for eateries because I wasn’t even there for 12 hours and I was sleeping most of that time. But with the motels closing at 9:00 I think most of the town closed early too. It was also Sunday night which might have played a factor.

At just over 30,000 people, Blenheim is a smaller town but it and the surrounding area are quite busy because of all the tourists coming on and off the ferry. It’s only about 30 minutes, give or take, to the ferry terminal in Picton.

The only thing I saw and paid attention to in Picton was the Ferry Terminal. New Zealand makes renting cars quite easy and the Picton Ferry Terminal was no different. I was using Thrifty Car Rental and they were located in the building right beside the ferry terminal. It sure made returning the car easy and quick. I dropped off the keys and walked along the sidewalk into the ferry terminal building.

Once on the ferry I checked in my luggage to make things easier for me. I didn’t have to carry it with me but also the ferry was full so no one needed my luggage taking up valuable space. Seriously, I don’t think I have ever seen a ferry so full. At one point a voice came over the intercom telling people to share the space and use the time to meet your seat-mate and learn about others. It was quite a wonderful announcement really and even kinda inspirational not to be a selfish jerk and hog all the seats with your stuff.

The ferry journey itself is beautiful. It was cold and overcast the day I was making it but I always find being out in the water calming. Plus, you are on an ocean saying goodbye to one island and hello to another. Viewing all the scenery in between. It was a great trip. I even got a bit of a nap in.

There are two different ferry companies that operate this route. I chose Interislander (website) and booked online in advance. 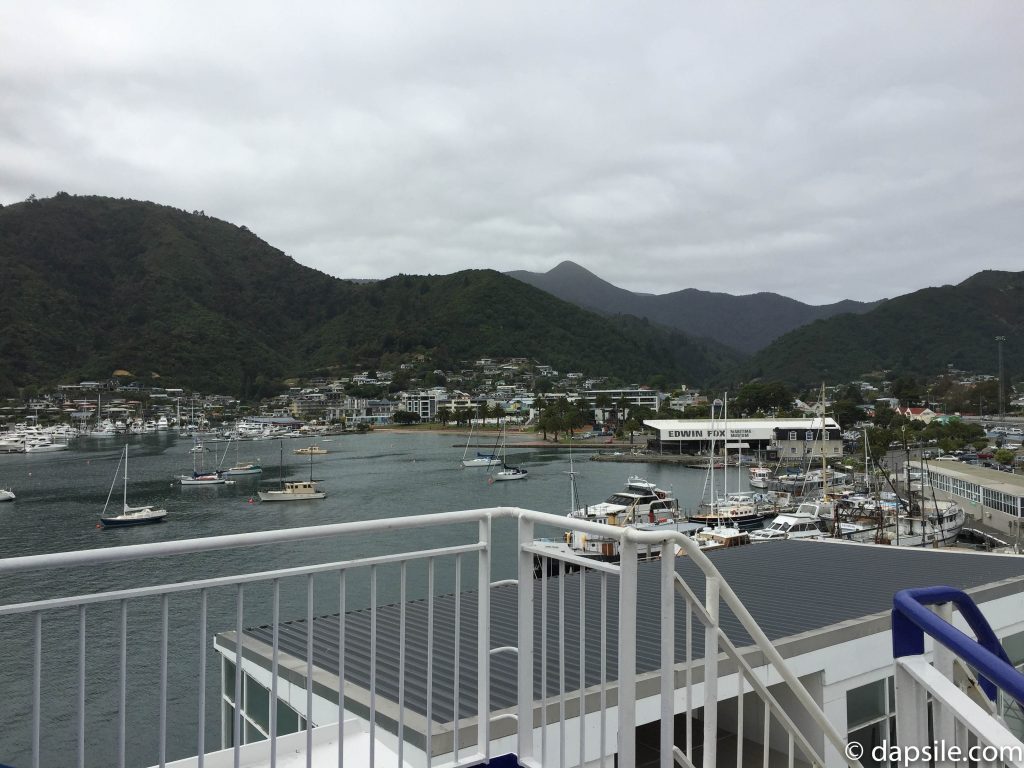 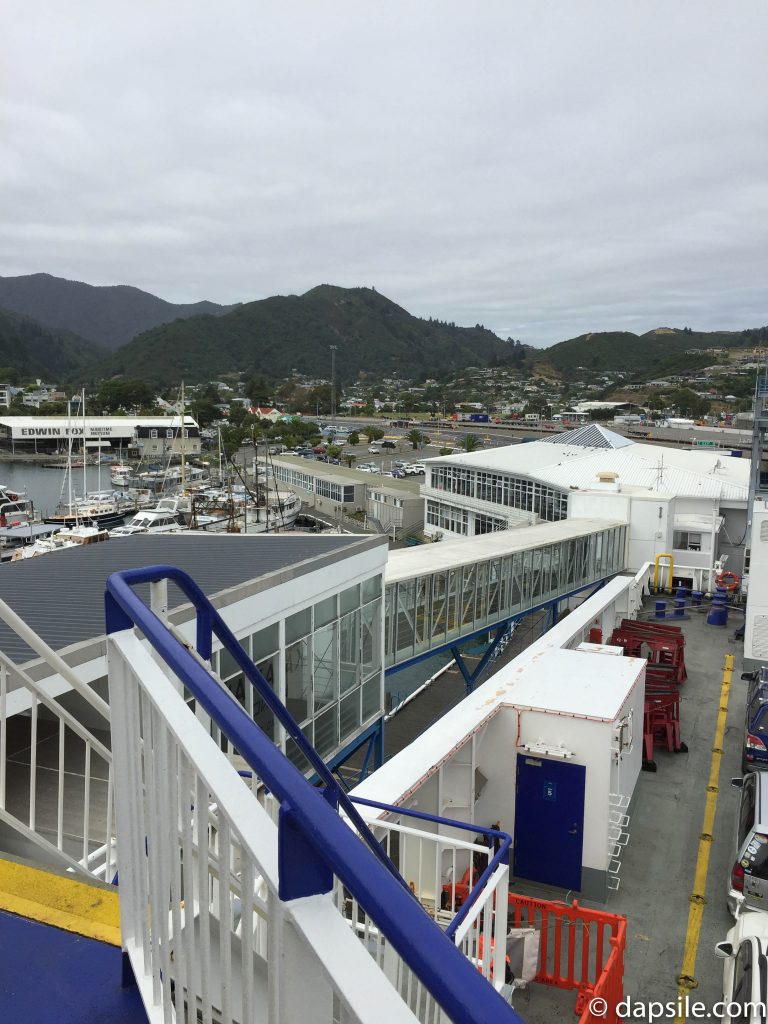 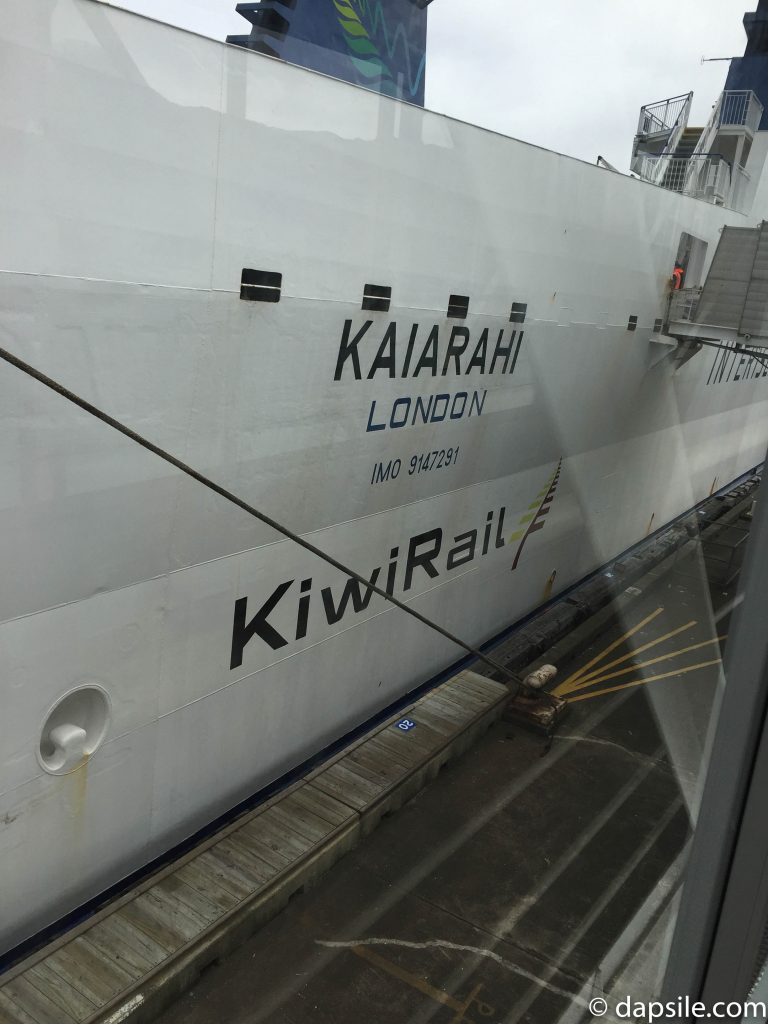 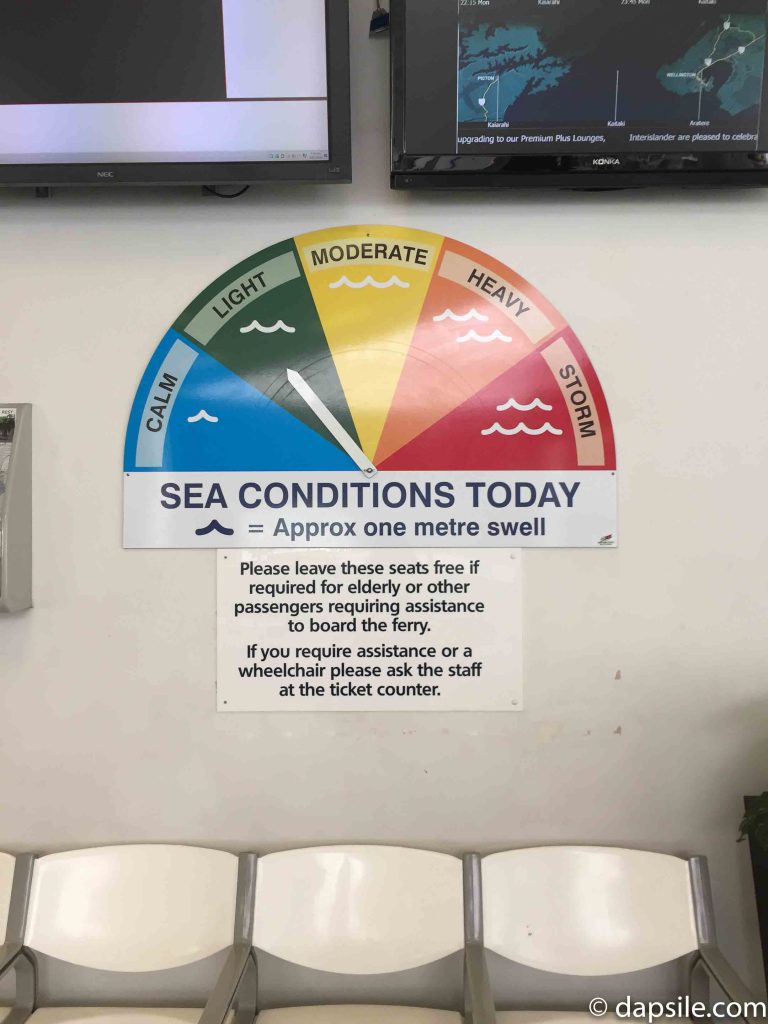 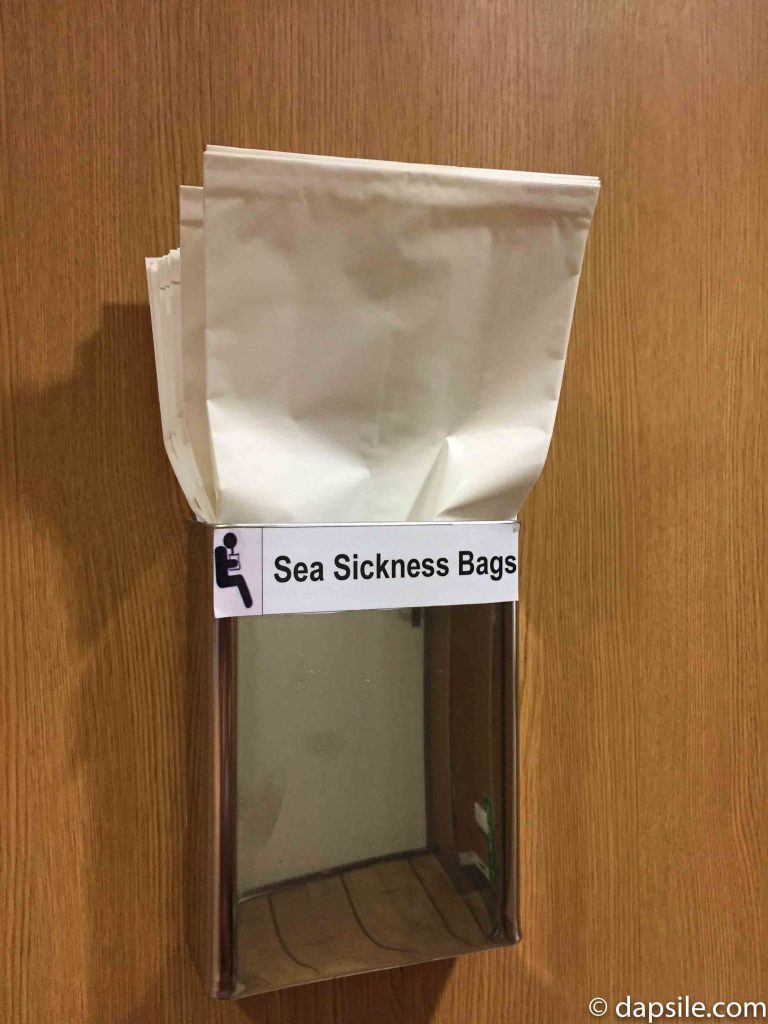 Christchurch, New Zealand – Getting Around and Things to Do

Wellington, New Zealand – Things To Do and See