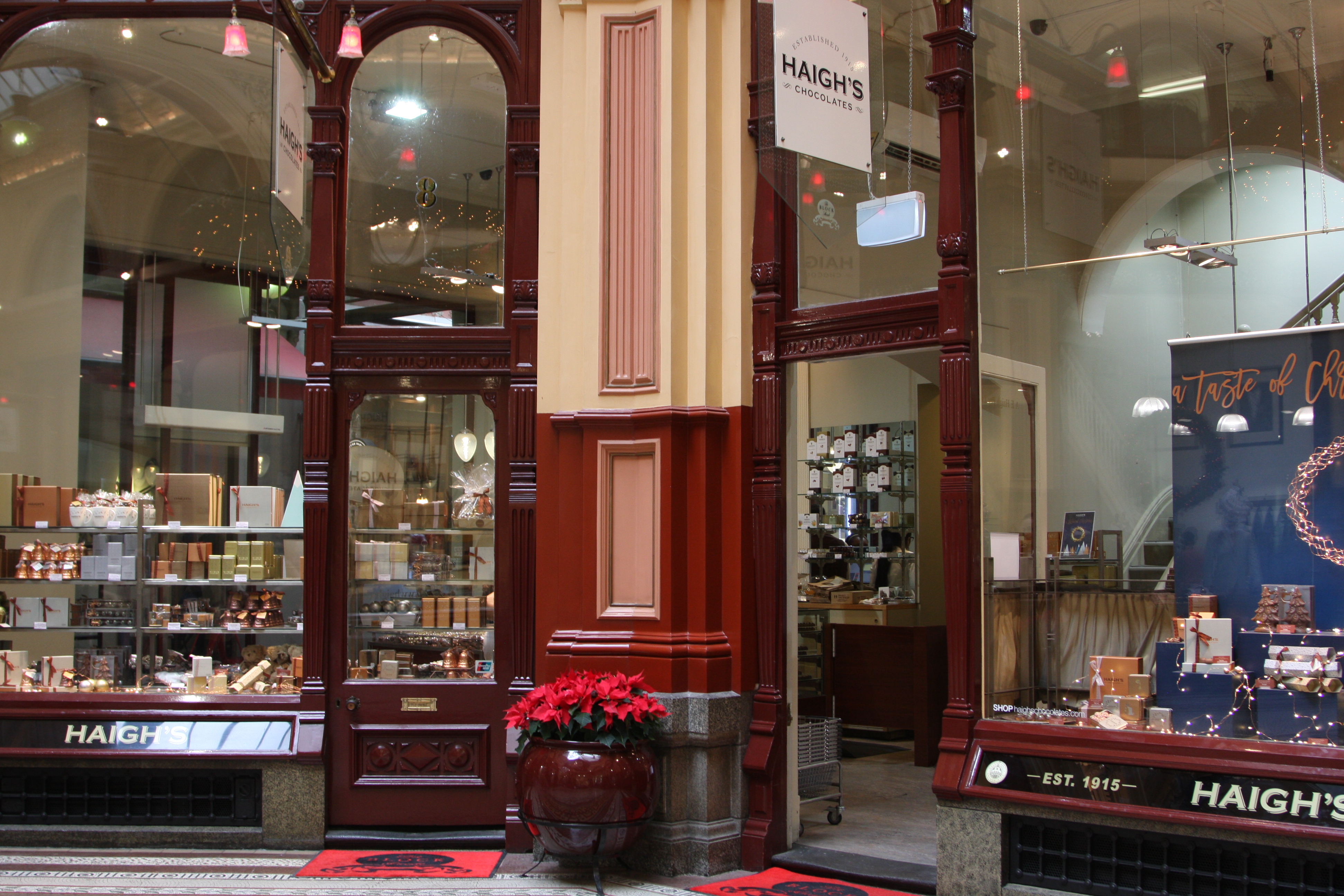 Melbourne is a big city that has history, art, shopping, food, architecture, culture, coffee and chocolate. The one thing that stood out for me walking around Melbourne is the fact that there is so much chocolate. So very much chocolate. I’m not normally a big chocolate fan but even I fell into the rabbit hole of chocolate where I tried different things and bought chocolates to take with me. You know, to eat later, because a person can never have too much chocolate. Or so you begin to think when you are walking the chocolate lined streets of Melbourne, basically living your own, real life, Willy Wonky experience.

Chokolait
I had read before I went to Australia that this was a country of coffee drinkers who were basically connoisseurs but I did not realize that it was also a country of chocolate fiends. I have never, in my life, seen so many chocolate café shops, and I have been to Belgium and Switzerland. Most of the chocolate shops have chocolates for sale as well as chocolate treats, drinks, baked products and coffee for you to consume while sitting inside the shop. I went to Chokolait specifically to try their Chocolate Pavlova. It was amazing. There were these delicious layers of sweet Pavlova, rich chocolate, cream as well as fresh fruit and chocolate sauce. It wasn’t cheap, but it was really good. It was also large and sweet enough for two people to share. Their individual chocolates were also very good.

Ganache Chocolate
Shops were selling milkshakes and smoothies everywhere I went. Smoothies in Australia are not the super healthy ones I am used to though. They are usually a thinner version of a milkshake. So, I decided to try the Vegan Chocolate Frappe at another one of the chocolate café shops, Ganache Chocolate. It contains their Vegan Chocolate Ganache, chocolate sorbet, soy or almond milk and ice. It was really good but not quite as full of ice as I would have hoped, in their defense they had run out of ice creating my drink. I also decided I needed to try the Raspberry Chocolate Mousse. It was so, so good. I am normally not a chocolate person though and I think I actually over-dosed on chocolate after visiting this place.

Haigh’s Chocolates
This is a chocolate shop that only makes chocolates and yup, they make them well. Haigh’s opened its first store in Adelaide in 1916 and it now has shops in Melbourne and Sydney as well. I of course didn’t know this when I first walked into the store I found in Melbourne, but after buying chocolate, tasting chocolate (they give you some to try after your purchase), and reading the information outside of the store, not only was I impressed with their chocolate but I was also knowledgeable. Because these people know chocolate, and their Australian heat, my purchase was put into a foil bag before it was put in a brown, kraft, shopping bag. It did quite well too at keeping the chocolates from melting too much. 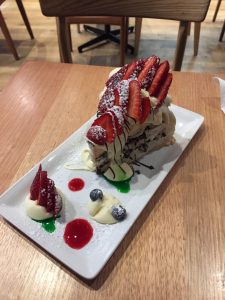 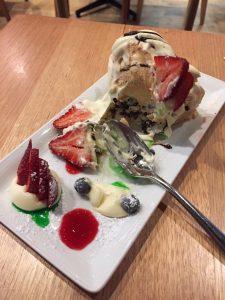 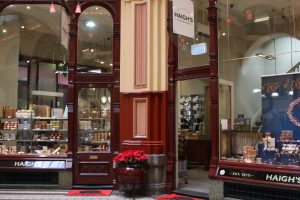 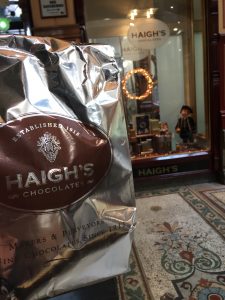 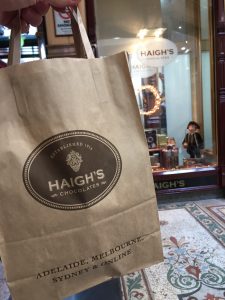 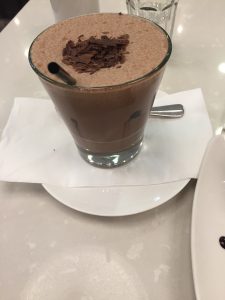 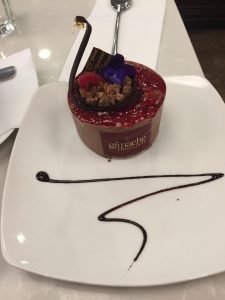 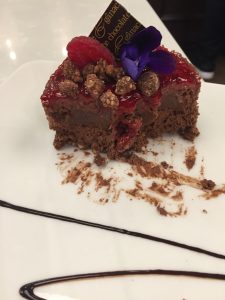 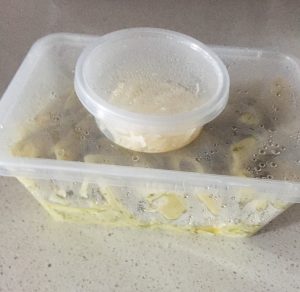 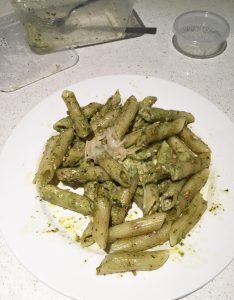 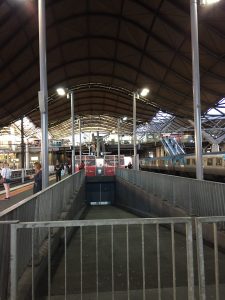 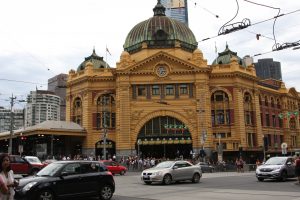 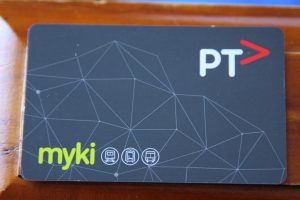 Basilico Woodfired Pizzeria Ristorante
Because I stayed in someone’s home through Airbnb I had access to their kitchen, which meant that I didn’t eat out as often as I otherwise would have. Other than the chocolate of course. Not only did this help financially but it also meant I wasn’t going to overload on restaurant food during my trip. I was out in the suburbs one day though when I walked past a restaurant that looked good and smelled delicious. It was the Basilico Woodfired Pizzeria Ristorante and later I found out they have several locations around the Melbourne area. I just ordered the simple, build your own pasta, where you choose your pasta and then your sauce, and I went with the penne pasta with pesto sauce. It was absolutely delicious. The service I received placing my take away order was very friendly and the food was ready quite quickly. I was happy with my entire experience at the Carnegie location but they also have locations in Albert Park, Windsor and Glen Waverley. This restaurant is only open from 4pm though so don’t expect lunch, and they are closed on Sundays.

Accommodation
My accommodation was through Airbnb, in the suburb of Richmond, where I rented a room in a family’s home. I found it to be a great way to stay in affordable accommodation without having to stay in a hostel. Plus, I had access to the kitchen to cook meals and the washing machine to do my laundry. It was also only approx. 20-25 minutes to the CBD via the tram system. When you stay in the suburbs with a family, in their home, you are given an amazing opportunity to see how the people live in that country. In my mind, it is so much better than a hotel or hostel.

Transportation
Public transportation makes it quite easy to get around in Melbourne. There are trains that take you to/from the airport, the CBD, and the suburbs, as well as to cities and towns outside of Melbourne. The tram system in Melbourne is quite impressive. It seemed like they went everywhere, they ran quite often, and in my experience, they were on time or pretty close to it, every day. There is also quite a large area in the CBD where the trams are free. For areas not covered by the trams there are also buses. Between the trains, buses and trams, I had absolutely no trouble going anywhere I wanted to go, in and around Melbourne. I was able to stay, and visit, other suburbs, I went to the CBD, I travelled to Castlemaine, and the airport. You need to purchase a Myki card, which is reusable and reloadable, but it allowed me to travel everywhere I went, including Castlemaine. I found top-up machines for my Myki card at train stations as well as quite a few tram stations in the CBD but there are also shops you can top up at. Just remember to tap on AND off when you ride the public transportation in Melbourne.

Interested in things to see and do in Melbourne? Here’s what I did.

If you are interested in or starting to plan a trip, there are several travel related products and websites listed on the Yup…..We Like These page, to help you out. Some of the affiliate link descriptions also contain a coupon code for you to use.