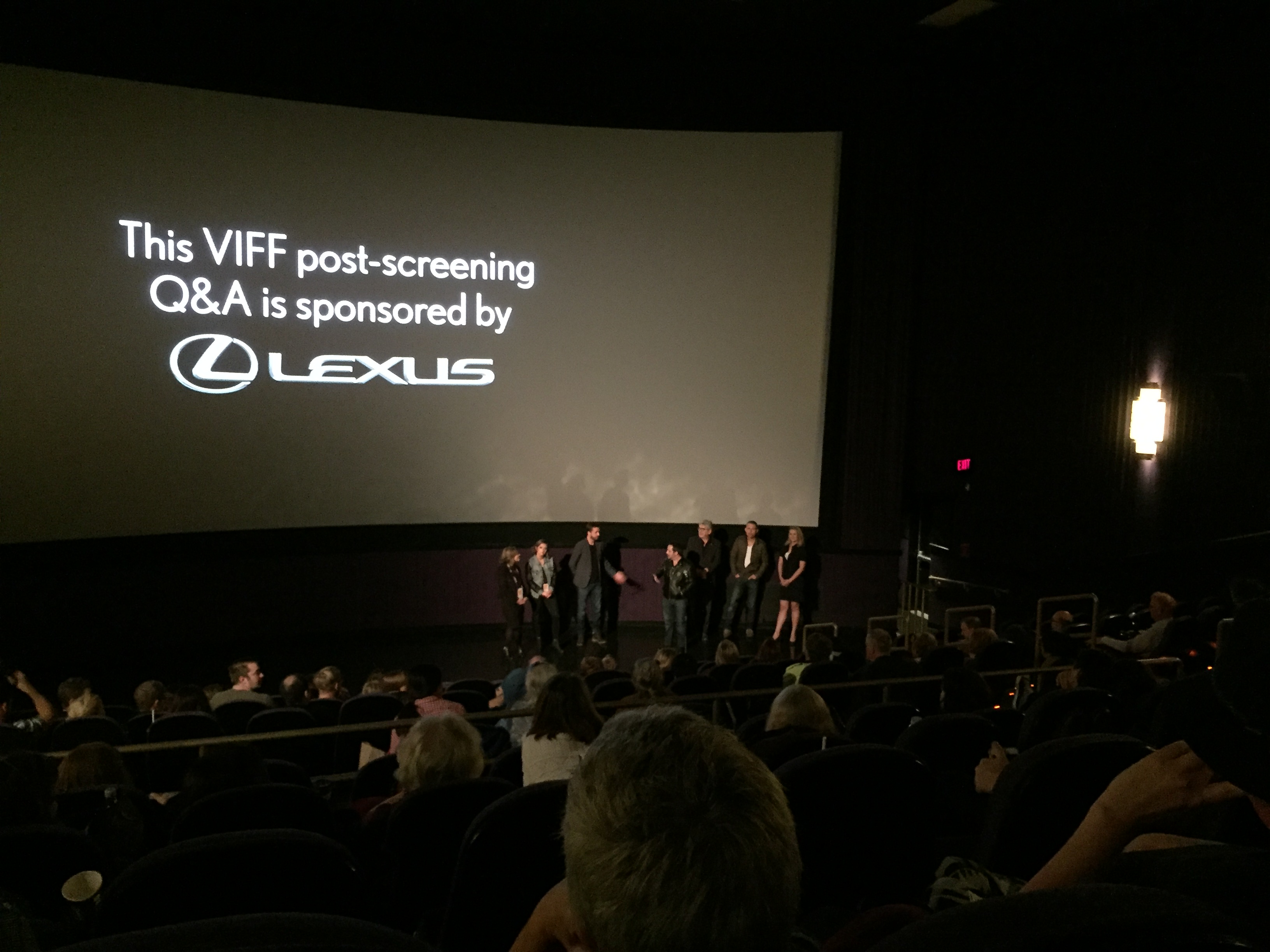 The Vancouver International Film Festival is in the process of its 35th year right now and it is going smashing, in my eyes.  Normally my schedule conflicts with the schedule of the movies at VIFF, that I want to see, and I am left feeling as though I missed out and I want more.  This year I have had the opportunity to see more films than my regular 1-2 per festival and I am very happy I did, plus the festival isn’t finished yet.  It’s a good year for me.

VIFF 2016 has been going for a little over a week and I have already seen four movies and attended a Creator’s Talk.  I’ve experienced more of the festival than ever before but with the quantity and quality of films and events, I still feel I could have seen more.  I love watching these emotional, touching, thought provoking movies and I really love listening to the directors, writers, and everyone else that takes part in the Q&A’s after the movie.  When you watch a movie, you interpret it with your experiences & thoughts but when you are able to hear how, why and the process of the making of the movie, you get more from it, you see the movie through different eyes.   A different perspective.  It is a much more honest & fulfilling experience.

Previously I had only attended a Q&A once, after a documentary and completely unintentionally.  The experience was one I haven’t forgotten, I learned so much more through that Q&A.  This year I wanted to try and attend another one but in the end, so far out of four movies, there have been three Q&A’s.  I’m in my little glory over here.  I never studied film in school, I’m not in the business & I in no way know the particulars of what, why, how, etc but I do know how movies make me feel and they have always been a hobby I love.  My mood generally decides the genre I want to watch, as well as whether it will be a blockbuster, an arthouse or documentary type.  I’m not particular, I love the art of storytelling.  Whether it be film, television, literature, song, art, etc.

The Vancouver International Film Festival annually allows me a few weeks to watch arthouse films from not just Canada but from all over the world that I normally wouldn’t have easy access to (although Netflix helps), watch films before they are in theatres as well as find out the particulars of making a specific movie from the people involved, in the Q&A’s.  This is what I enjoy but the festival offers even more experiences for everyone.

I have tickets for two more films scheduled for the last two days of VIFF 2016 but here are the films I have seen already and what I thought of them.

The Other Half – I enjoyed this movie.  I really liked the premise of it, the story, as well as the characters. I was fortunate to have attended the Creator’s Talk with Tatiana Maslany earlier in the day so I knew about this film in more detail before I watched it.  In her words (from my memory), it is a movie about a man and a woman who see the darkness in each other and are scared of it but they love each other and are more scared to live without that love.  I did get a little confused with one scene though when I wasn’t sure what the time line was supposed to be.  For a first film, I thought Joey Klein did a great job and shows great potential.  It was a thoughtful film with the sensitive subject of mental health, in any form.  I laughed, I cried and I felt the love between these characters.  The Q&A after gave me a better understanding of how this movie came to be made and the process of making it.

Sins of the Flesh – WOW!  This movie was intense and so very good.  The two main actors have never even played a starring role before.  The film shows us uncomfortable truths about people, things we might not have witnessed in our own lives.  The story centres on a poor family that live and work on a farm as well as the rich family that owns the farm, in Egypt during the rebellion/uprising of 2011.  This movie is truthful and that is what made parts of it hard to watch.  If we don’t watch movies like this though, to be aware of things happening around us, how can change happen?  The Q&A after was definitely something I won’t forget.  The director is a talented, experienced man who tells stories, even if they cause him controversy because of the truths involved.  There is a reason he has won so many awards and his passion for the subjects he tackles is obvious.

Ganjy – This was a short that proceeded Marrying the Family.  It was a touching and real, locally shot with local actors, film about an aging boxer with dementia pugilistica.  Concussions and brain injuries can happen to anyone and are more likely to happen to people while not playing sports but by telling these sports related stories we are making this a subject seen and understood by more and more people.  This is something really close to my heart and I really enjoyed this short.  There is currently an Indiegogo project to make this short film into a feature film, with great incentives.

Marrying the Family – This movie was funny.  Not laughed so hard I cried, snorted and coughed, but it was funny and I laughed, a lot.  I find attending weddings aren’t as much fun as watching them on screen.  When you laugh at the situations created by people involved with weddings in real life, people get upset but when you put it all together in a movie, it’s okay.  The story centres around a young couple engaged to be married.  The bride-to-be’s family though are wedding organizers so of course things are going to get a little crazy.  Plus, there is the added bonus of furries, which I think is still new enough and unknown enough to the general public to provide heaps of entertainment.  The Q&A after was a completely different experience because this was a locally made movie.  Everyone involved is local and it was shot local (10 days, on weekends, over a few months) so more people involved in the movie were in attendance plus people in the industry, friends, etc.  As I was leaving, the theatre was still quite full but they were all talking together, etc. and there was so much encouragement and positivity.  It was just cool to witness. 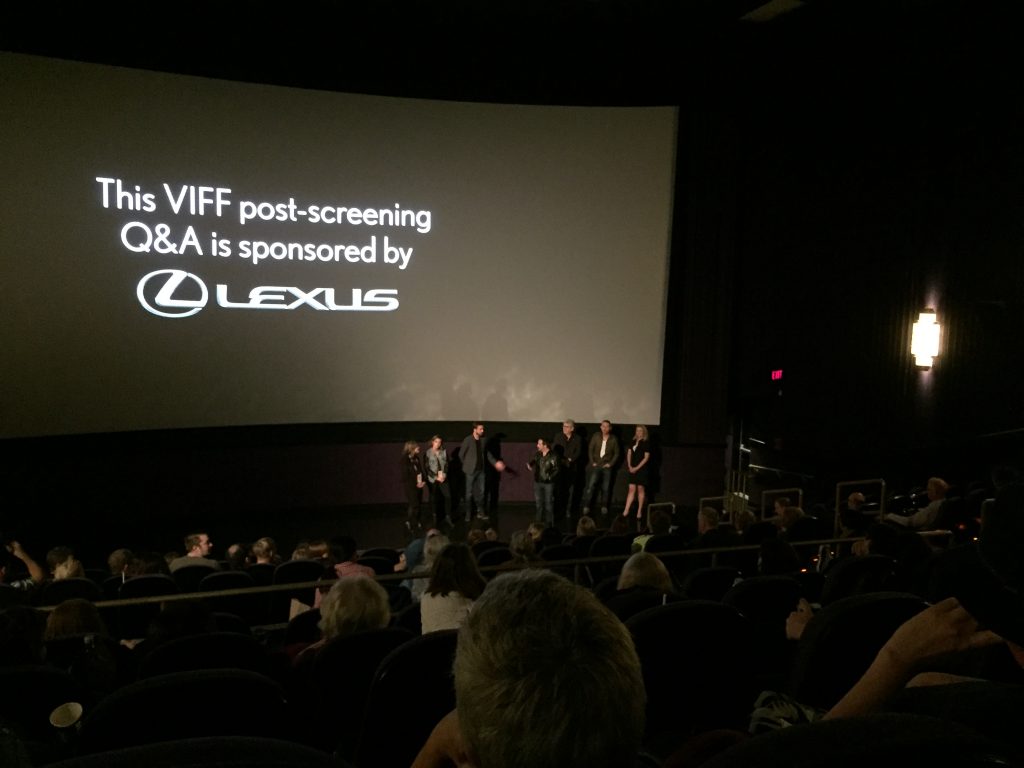 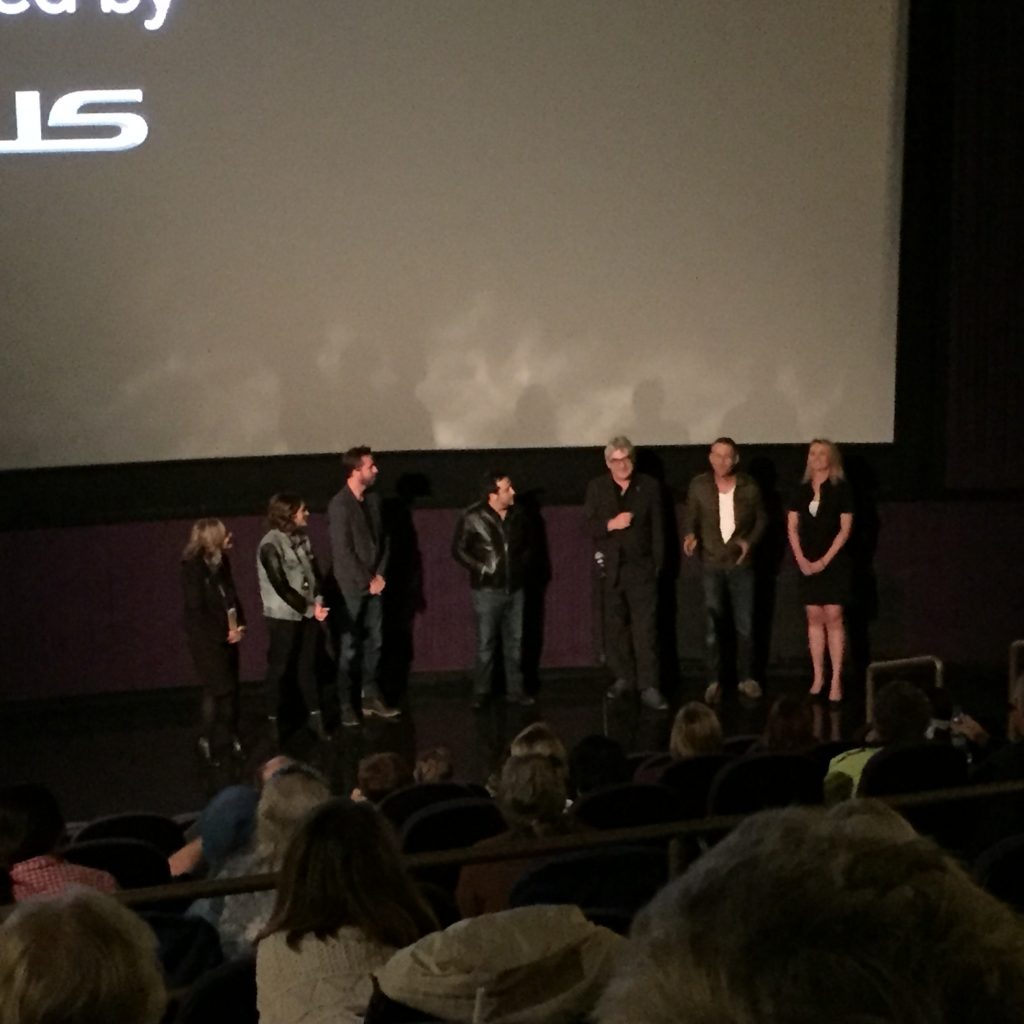 Hedi – I really, really enjoyed this film.  To me, this movie was about the struggle we all have in life between what we really want, to obtain happiness, and our fears.  I felt so much for Hedi, I might not have his life exactly but I can relate to him and his choices.  I think we all can, in our own way, which is what makes this film so realistic to so many people.  It was wonderfully told by two newcomers, Mohamed Ben Attia (according to IMBd his only other credit is a short 12 years ago), who wrote and directed the movie as well as Majd Mastoura (according to IMDb, his career so far consists of two films, both in 2016. I think he actually just finished school in June), the actor portraying Hedi. Both did an absolutely, amazing job.  There were a few sound effects made by the audience at the end, a true testament to how this movie affected people.

Read about my experience at the VIFF 2016 Creator’s Talk with Tatiana Maslany.